Almere City FC welcomed 1,300 fans back to to the stadium for an experiment

This year, the government in the Netherlands launched Fieldlab; a series of test events, in which large crowds are welcomed back to the stadium.

What is the impact on the contamination level afterwards within that crowd? Which COVID-19 protocols are nice to have and which are absolutely necessary on an event? Those questions should be answered by 8 test events, of which 2 football matches.

Almere City FC hosted one of both matches and had to apply several measures like the division of the stadium in bubbles, temperature checks at the entrance, and a severely controlled ingress and triage. Attending fans needed to show a recent negative PCR-test or take a negative speed test. On the other hand, face masks were not obligatory during the matchday experience.

This resulted in a fun matchday, with lots of enthusiasm from the present supporters and an earlier ingress, as everyone was present before the start of the match! The temperature checks revealed no alarming results. Not all results are already known as an important part of the fans still has to undergo additional COVID-19 testing. Sequential egress was organized per stand section, there was no queuing at the exit and it went faster than a normal, massive egress. 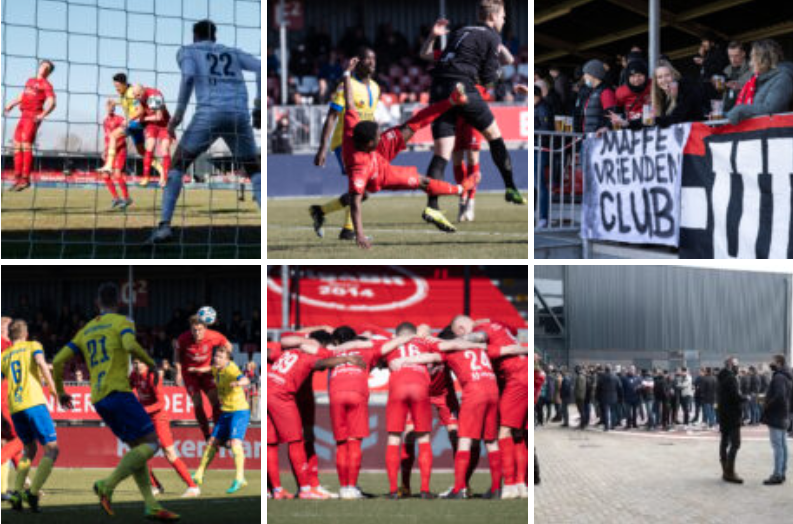 Go to the presentation

Almere City gave the second presentation in our series of ESSMA Connect, the new bi-weekly digital touchpoint for our community of stadium professionals. Want to share your own stadium project? Be sure to let us know and we will fit you into the agenda!