What can London’s best stadiums teach you? 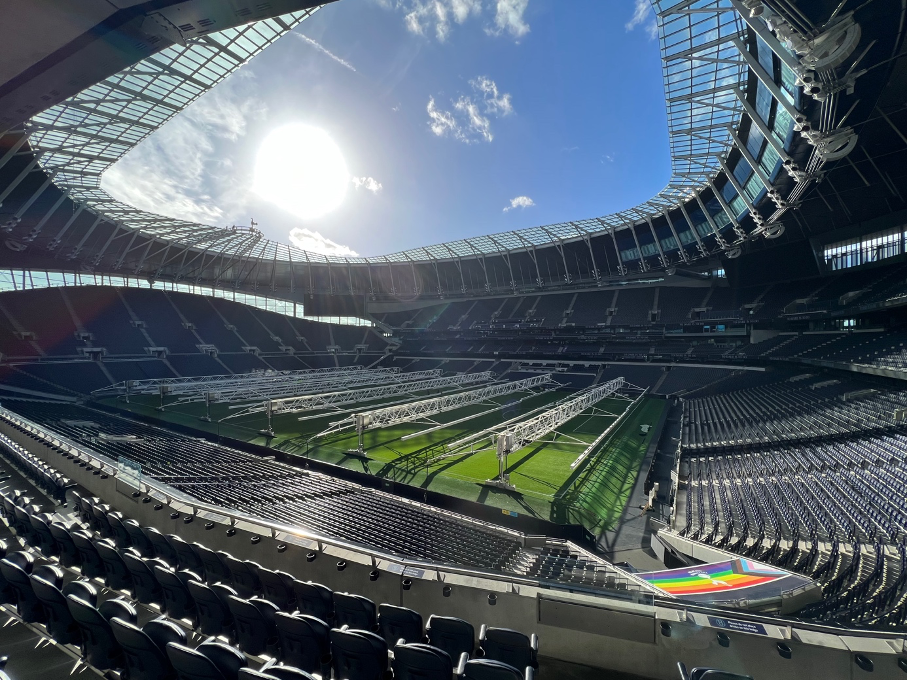 Tottenham Hotspur Stadium, one of the venues visited during the ESSMA London Stadium Tour

On 17 & 18 October, ESSMA hosted an inspiring stadium tour in London. During these 2 days we guided a group of 50 industry professionals through the capital of football, visiting 4 state-of-the-art venues! For those of you who missed out on the ESSMA London Stadium Tour, we are happy to share 1 insight from each one of our visits to Emirates Stadium, Tottenham Hotspurs Stadium, Wembley Stadium and Twickenham Stadium.

Current Premier League leaders, Arsenal FC moved to the Emirates Stadium in 2006. At the time the brand-new stadium was one of the most modern venues in Europe and represented a big change from their traditional home at Highbury. Throughout the years Arsenal have worked continuously to keep their facilities up to date and in line with the expectations of modern fans. In 2018 and 2019, Arsenal FC revamped the Avenell club and Dial Square to better fit those expectations and to reflect the club’s identity.

The Dial Square renovation for example refurbished the space from an area that used to be filled with 10 round tables into a large open area that pays homage to the club’s historical home and that features an open-flame pizza oven and chicken rotisserie. The revamped facility was very well received by fans as the club saw an uptick of 105% in F&B spend in that area.

Another example of this strategy can be found in the club’s decision to transform their 150 executive boxes into 129 executive boxes. A process which also saw some of them transformed into “superboxes” which offer partners and private clients excellent networking opportunities.

The state-of-the-art Tottenham Hotspur Stadium opened in 2019 and is often touted as “the first North-American Stadium in Europe”. This title is definitely reflected in the stadium’s facilities. With a focus on different categories of hospitality facilities, a unique experience for the general audience and the latest technologies fitted throughout the stadium it is clear that the Saints have been inspired by some of the largest stadiums in the US. A fact that only becomes more obvious when you consider that the stadium was also built to host NFL matches at least once per year.

It was during one of those matches that Atlanta Falcons’ Quarterback Matt Ryan called the stadium “one of the best I ever played in” and surely the 98,000 fans who are on the waiting list to get a season ticket at the stadium agree with him.

How did the Tottenham Hotspur Stadium become such a popular destination? Its design was focused on reaching different segments of fans and offering each one of them a unique experience. For the general audience, the stadium includes a 17,500-seat single-tiered South stand, a 65-metre-long bar (the longest in Europe) and “the marketplace” (a large area inside the stadium where fans can gather before and after the match and which has seen the club go from one of the worst in the Premier League in terms of arrival time to the best).

The same concept was applied in the hospitality areas as Tottenham wanted to offer something for every type of fan. From a very high-end VIP experience in the Premium Tunnel club or the so-called H-club on the highest level of the stadium to an entry level VIP experience with the premium seats in the East atrium. The variety of facilities on offer has helped the club reach a much broader audience and improve the overall experience.

Wembley Stadium is known as the “home of English football” but it is about so much more than just football. As the pre-eminent sports and entertainment venue in Britain, it’s hosted a wide range of events from rugby (league and union) to concerts, speedway championships, stock car and greyhound racing, conferences and just about everything in between.

With its 90,000 seats it’s second only to the Camp Nou in terms of biggest venues in Europe, allowing it to host major stars like Adele, Coldplay and Ed Sheeran. The stadium was designed with multifunctional use in mind, as a modern stadium can not be built just to host an event (a football match) once every 2 weeks. It features:

It this abundance of facilities which are crucial to host large scale events, Wembley stadium was also chosen as a hosting venue for the London 2012 Olympics and the 2015 Rugby World Cup. It is now an established home of NFL in the UK and has staged several unforgettable boxing world-title fights and concerts.

Twickenham Stadium is the home of England Rugby and the largest dedicated rugby union venue in the world, seating up to 82,000 people. The stadium is a destination for fans around the world to experience the history of the stadium, the action on the pitch on a match day and to dance to some of the biggest stars in the music world on non-matchdays.

The stadium is one of the oldest in Europe and cherishes its inique history. The land on which the stadium was built was purchased in 1907 for £5,500. At the time it was used to grow cabbages, hence why the venue is still known today as “the cabbage patch”. The first stands were constructed in early 1908 and the first game, between Harlequins v. Richmond, was played on 2 October 1909. While several redevelopments have followed since then, the venue has always kept its traditional atmosphere, even keeping its unique horse-shoe shape for a long time. This is the reason why the stadium today isn’t oval or round like most modern stadiums but instead has a more rectangle shape, contributing to a unique atmosphere.

The importance of cherishing that unique history is also reflected in the fact that the stadium is home to the World Rugby Museum. The museum has the most extensive collection of rugby football memorabilia in the world. It has over 25,000 recorded objects, 7,000 pieces of archival material, and 7-8,000 photographs. There are other rugby memorabilia such as boots, balls, jerseys, programs, match tickets, books, and assorted paraphernalia which offer visitors a complete overview of the history of the sport, not just limited to England but covering the history of Rugby all over the world!

Throughout the stadium, little details remind the fans of the history of the venue. For example, one of the hospitality areas features pillars which are marked with the height of some of the most historic players who played in the stadium, so fans can compare their own size to the size of a professional rugby player.  And even the players themselves are reminded of the long history of the venue, as the dressing room features little references like a player bench which has been part of the stadium since 1938 and a wall marked with the names of the best players to roam the field, which is sure to motivate the players to have their names up there as well someday.