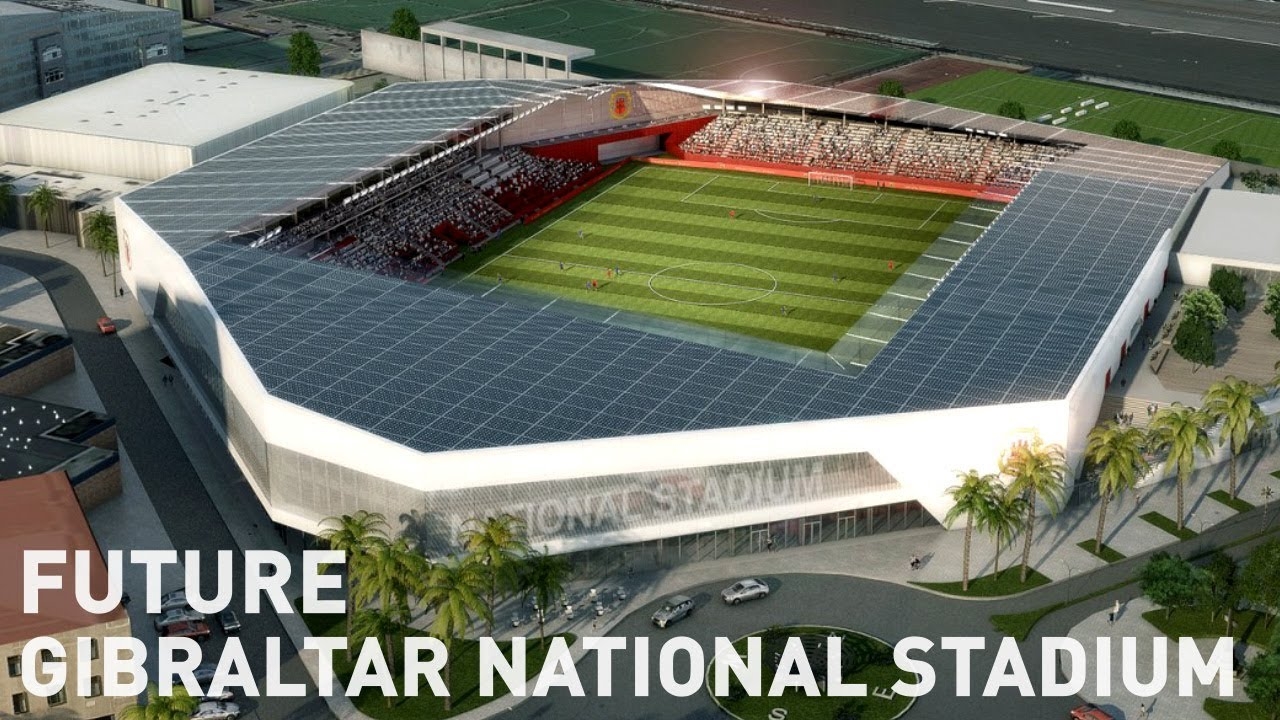 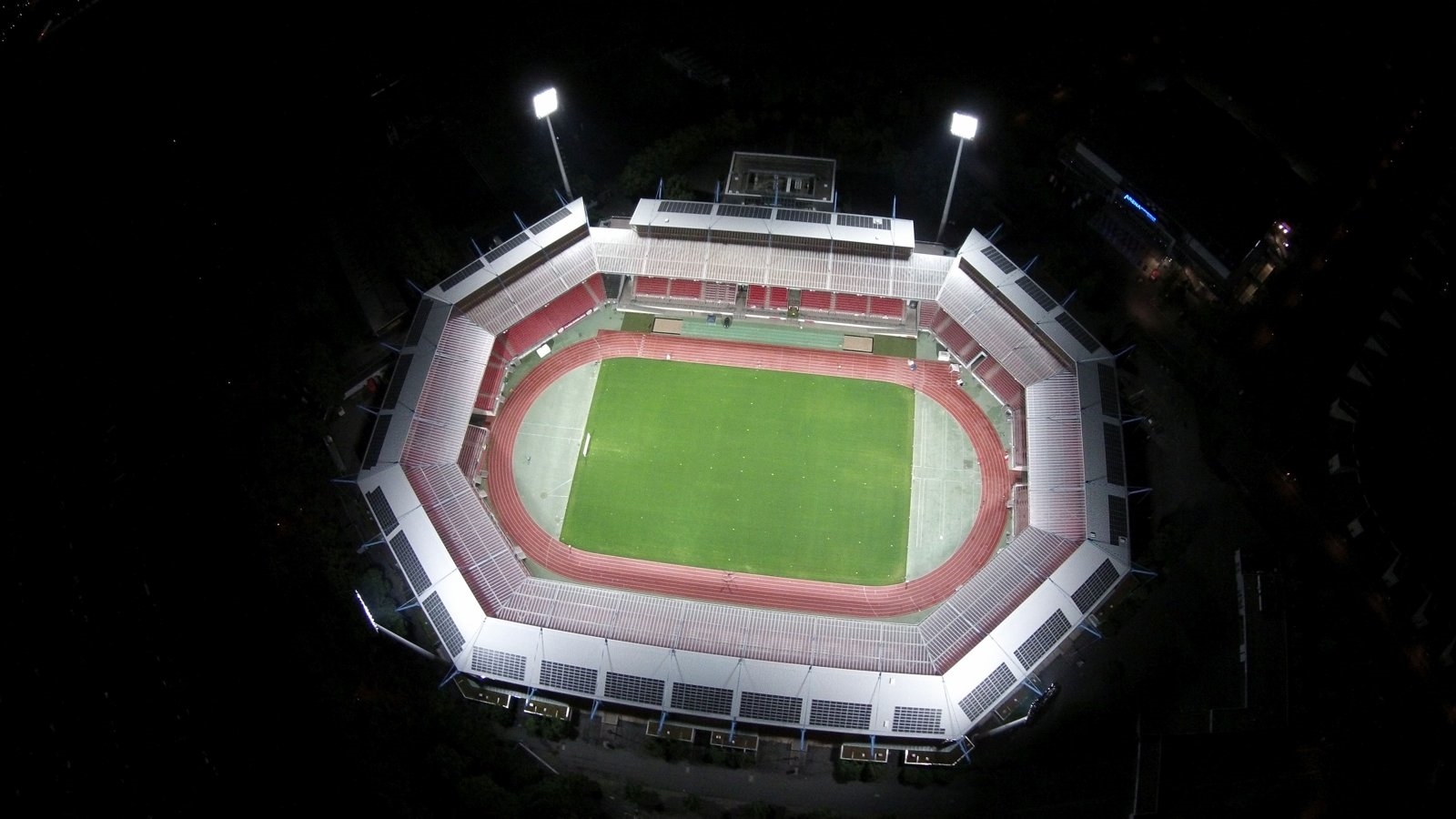 PROPROJEKT, a consultancy service for the construction sector, has been appointed to carry out a feasibility study for the redevelopment of Max-Morlock-Stadion, home of German 2. Bundesliga football club FC Nürnberg. Plans were announced in January to explore a potential redevelopment of the stadium, which was last renovated 30 years ago.

The city said at the time that the stadium no longer meets the needs and expectations of people who use it, with an investment of up to €30m expected over the next 10 to 15 years. 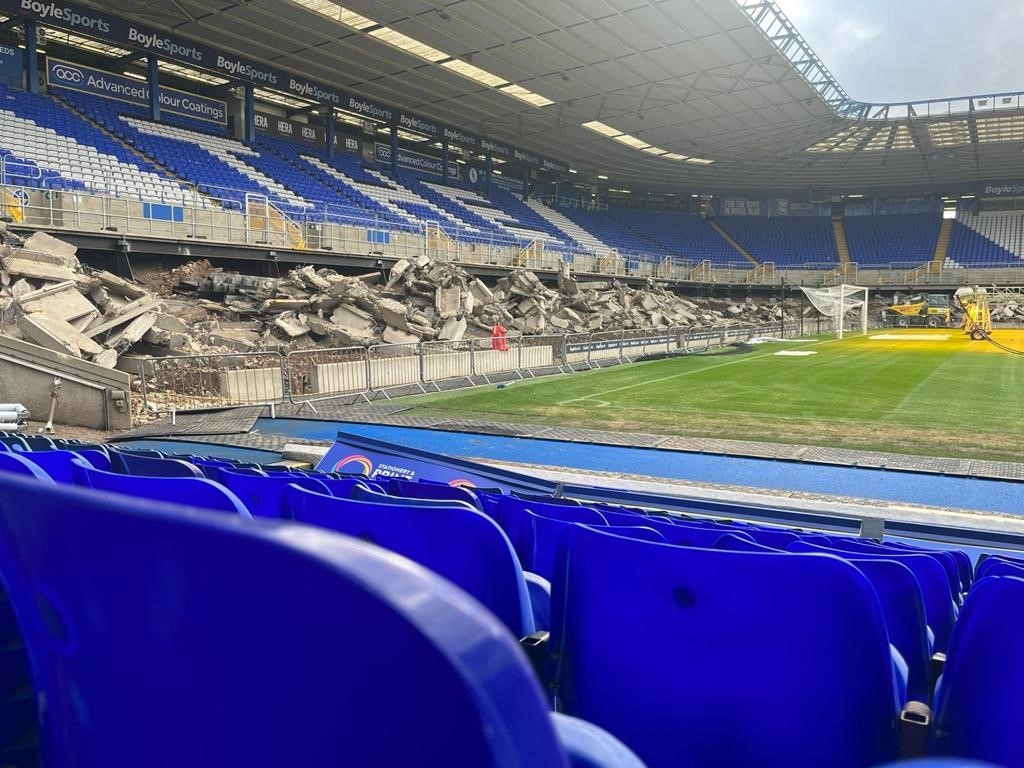 Birmingham City has started work on the repair of two of its stands after being forced to play at a reduced-capacity St Andrew’s for almost two years. The second-tier English Football League Championship club has demolished areas of the Kop and Tilton Road stands that were shut for safety reasons in December 2020. The closure – which reduced the capacity at St Andrew’s by around a third to 20,000 – came about after problems with the steelworks in the two stands were identified. In an update released to fans, the club said seats have started to be removed in recent weeks with the intention that preparatory work is done during the World Cup break, which lasts until late December. 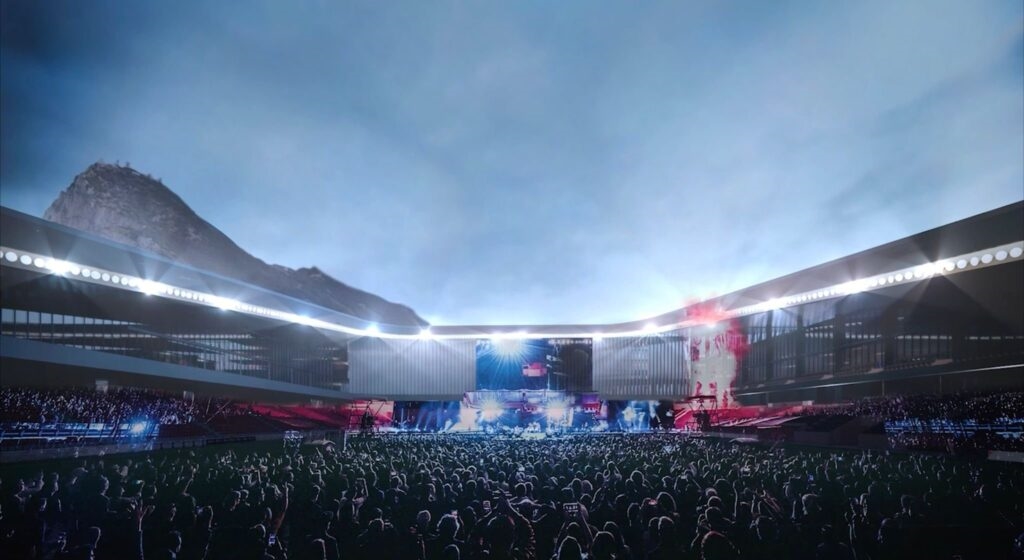 Gibraltar’s authorities have outlined plans for the jurisdiction’s new national football stadium after playing its final match at Victoria Stadium. The £100m project will include an 8,000-seat Category 4 football stadium complex, a 92-unit residential project, retail and office units and a business centre. Work will begin in 2023, with Gibraltar to play its Euro 2024 qualifiers in Faro, Portugal, while construction continues. 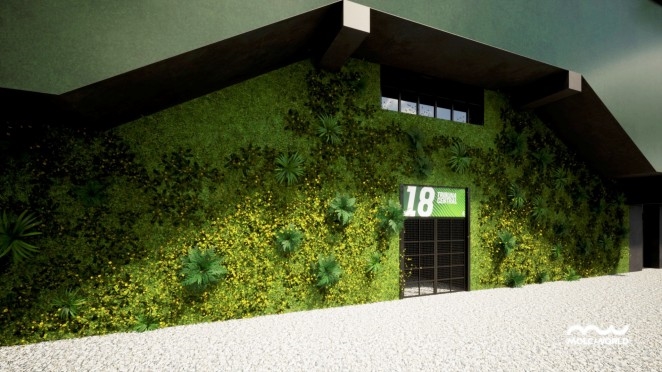 Spanish football club Racing Santander has outlined plans for a €4.5m remodelling of its Campos de Sport de El Sardinero stadium. The most notable aspect of the initial plans is a striking vertical garden for the outer walls of the stadium. The Racing badge and the name of the stadium will also be added to its main façade. 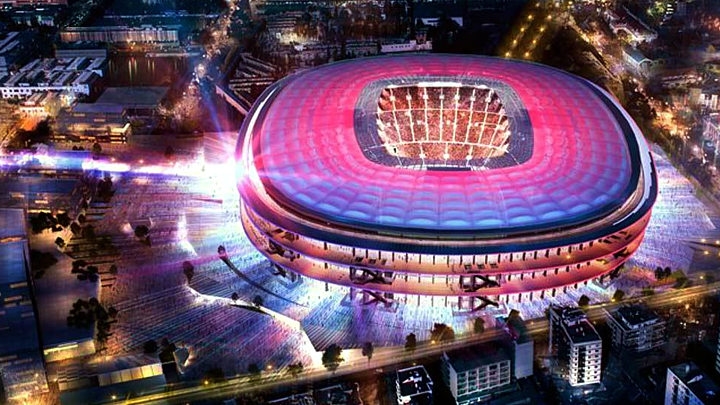 FC Barcelona’s capacity will be reduced in the coming weeks due to partial demolition work undertaken during the World Cup break. The Spotify Camp Nou was down to a maximum 74,799 seats ahead of last night’s UEFA Women’s Champions League game against Bayern Munich because of work in the third tier. The club has accelerated its restructuring project during November and December with no men’s team fixtures scheduled until December 31 because of the suspension of LaLiga due to the World Cup taking place in Qatar. 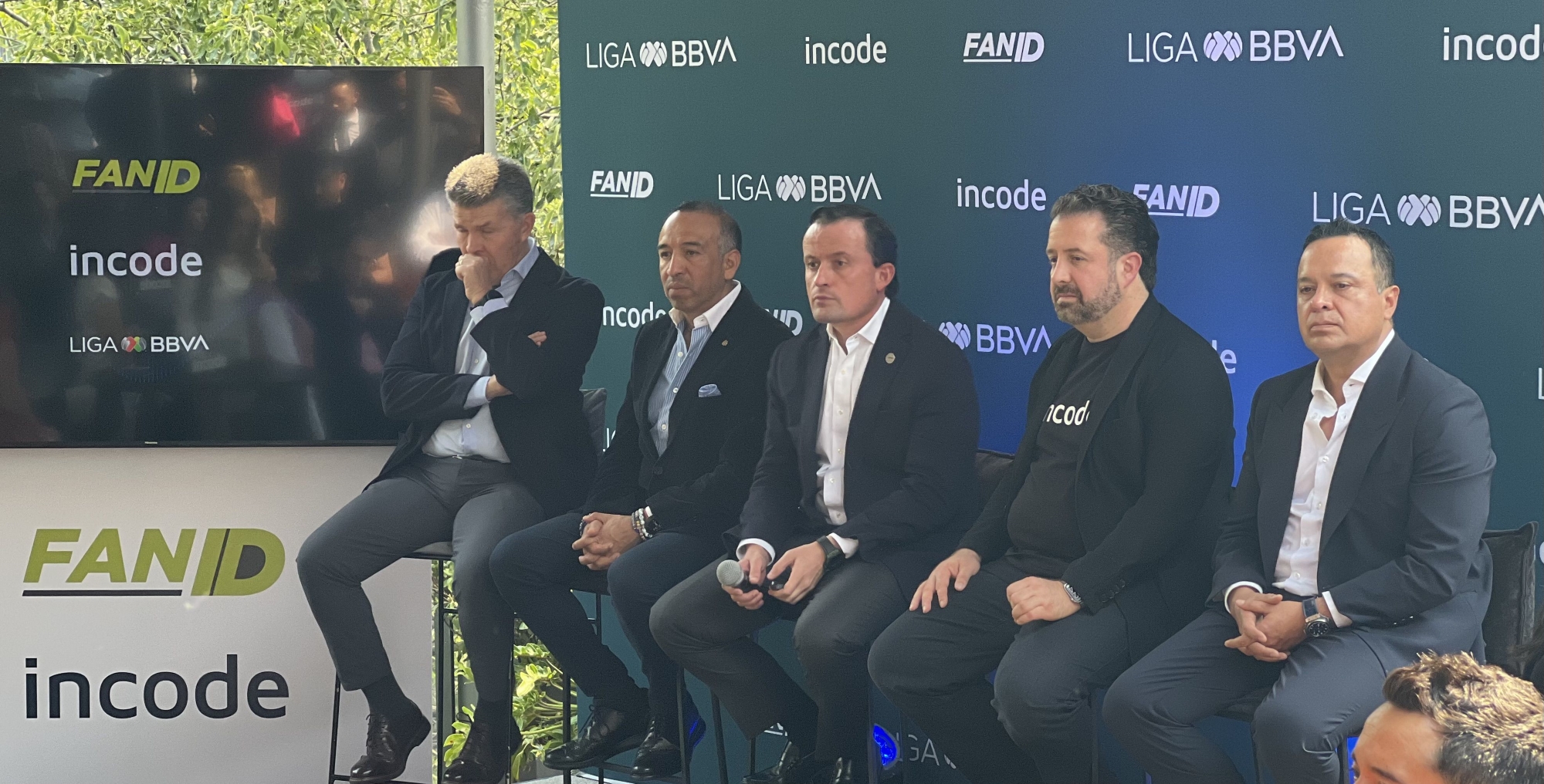 Liga MX will introduce Incode Technologies’ Fan ID service for game-day access in response to what it calls “the recent uptick in violence at major league sports events”. Fan ID ensures that all those who attend games are identified and means those banned will no longer be able to enter stadiums. Liga MX will onboard five million fans to the system, with the technology to be used across 35 teams in more than 30 stadiums and at more than 400 games annually. Liga MX said fans can be authenticated in fewer than five seconds.

The FIFA World Cup’s opening ceremony at Al Bayt Stadium saw a mobile data traffic global record of 36TB, according to Qatar 2022 partner Ooredoo. The telecom tech supplier said 5G speeds crossed a peak of 2Gbps, while 620,000 voice calls were made during the event with voice call accessibility greater than 99.8% and a VoLTE call drop rate of just 0.12%. 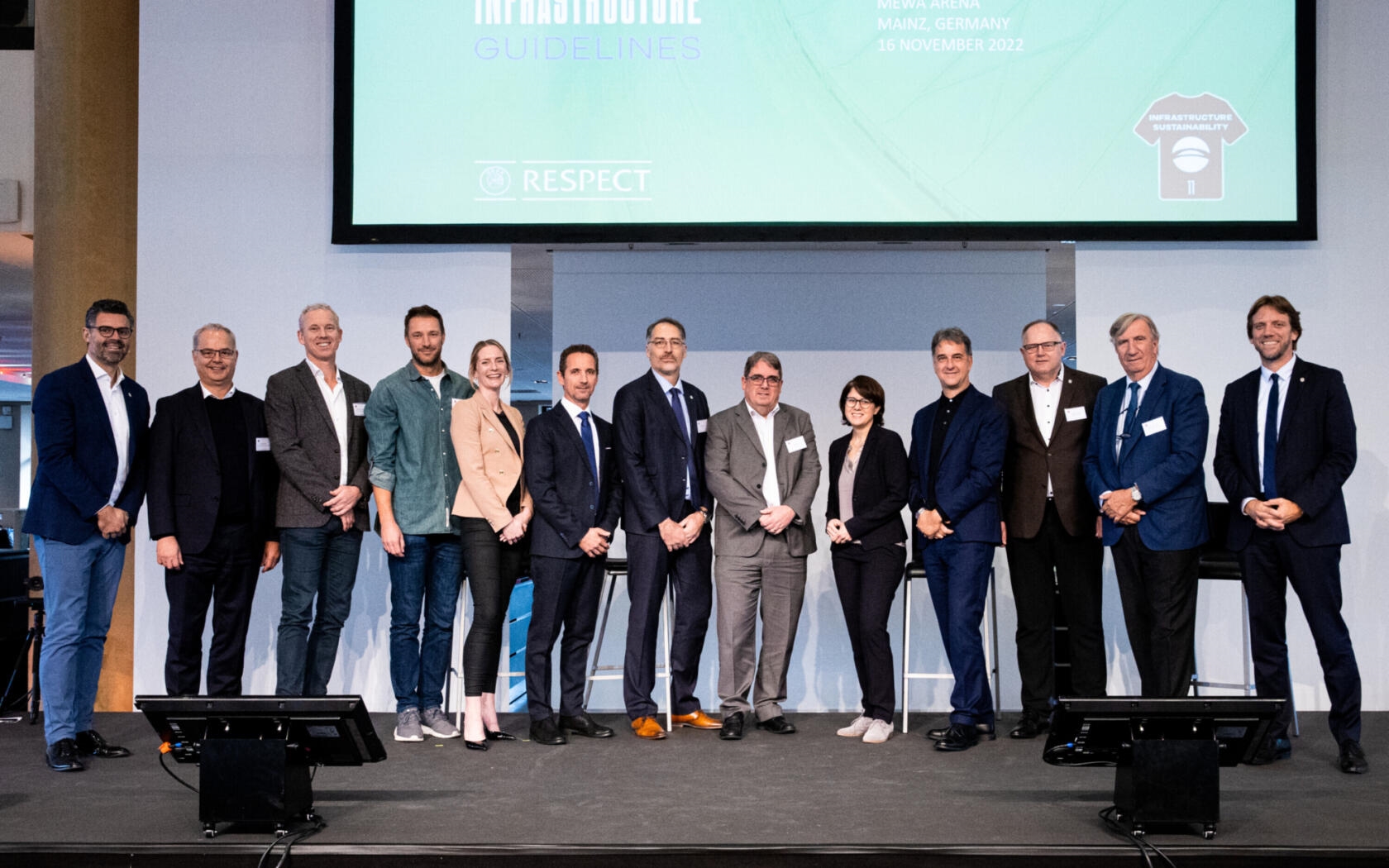 UEFA has launched its new Sustainable Infrastructure Guidelines at a dedicated event at MEWA Arena in Mainz, Germany. The event featured panel discussions and experts’ presentations on sustainable football venues and facilities, encouraging knowledge transfer and sharing of best practices. The document introduces the concept of infrastructure sustainability, structured around the topics of Environment Social and Governance (ESG). The guidelines cover key subjects such as purpose, location, design, conception and construction, pitch and landscaping. 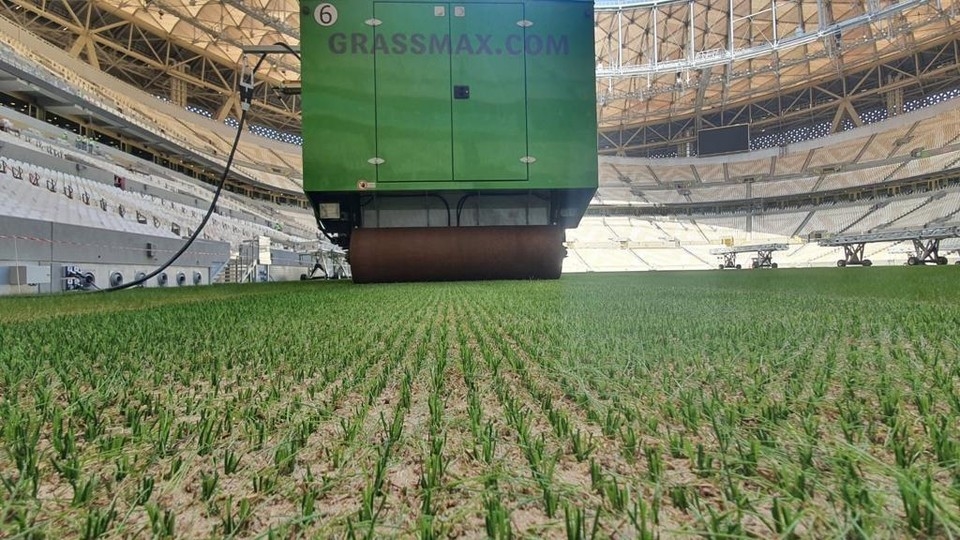 The Qatar World Cup will benefit from pitches made of the innovative GrassMax technology. The pitches of Al Bayt stadium, host venue of the opening ceremony and opening game and the Iconic Lusail stadium, hosting the closing ceremony and Final game on December 18, are having a GrassMax hybrid grass pitch.  GrassMax’ General Manager Marc Vercammen and Sales Director Yves De Cocker are pleased with the result. Two laser guided machines have ‘stitched’ each pitch, injecting about 20 million hybrid PP fibres, 18cm into the subbase in a 2x2cm pattern. 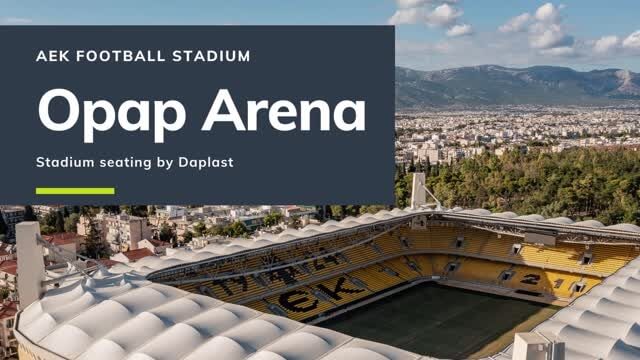 ESSMA-Partner Daplast, has provided the brand-new Aga Sophia Stadium (also known as the OPAP-arena) with 29.000 of its CR4 stadium seats with fiberglass supports. The materials are 100% rustproof, resistant to humidity and salinity, 100% recyclable and provide significant savings in maintenance costs.