How to increase fan experience with matches behind closed doors?

Obviously, stadium experience had disappeared since the outbreak of COVID-19 and the subsequent closure of nearly all football stadiums in Europe. Season ticket holders had to miss out on seeing their team play.

As some competitions are now carefully restarting with matches behind closed doors, they are being faced with the challenge of playing without public. Watching on TV is not the same experience for fans and has an impact on the performance of players.

Creative solutions are on the rise

The majority of clubs and stadiums turn to technology to integrate fans during match days. English clubs like Arsenal, Manchester City, and Liverpool consider to use the MyApplause App, which allows fans to cheer and clap from home. Sounds will be played in stadium with only a 1/10th of a second delay. Clubs in the Danish League are looking to install giant LED-screens around the grandstands, allowing up to 25 fans to join on each screen via Zoom. (Foto)The 50’s phenomenon of drive-ins is also reviving as FC Midtylland has installed giant screens on the outside of the stadium. 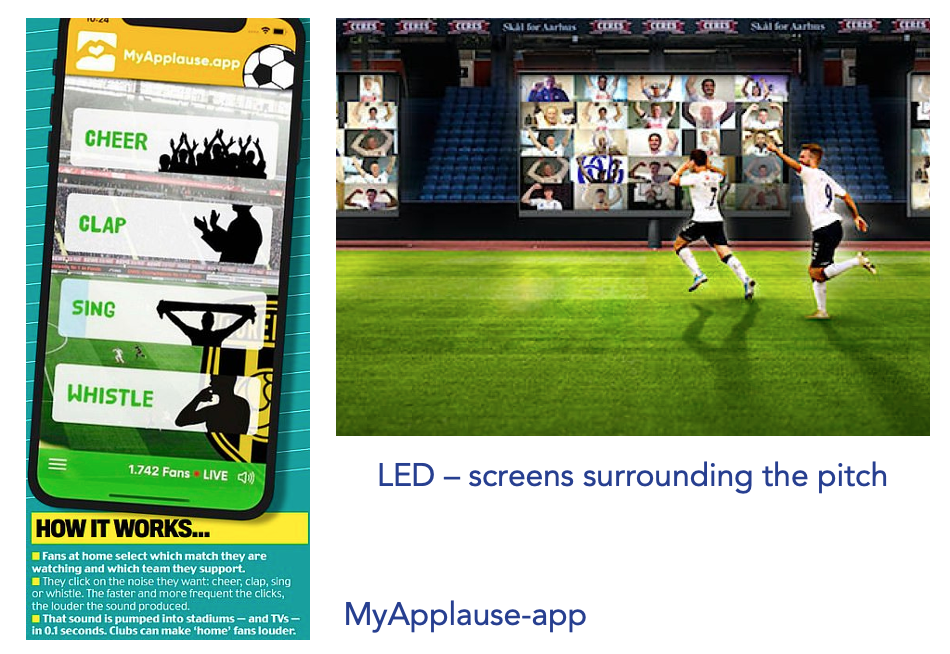 Another tangible solution is to place cardboard fans in the stadium. Borusssia Mönchengladbach has introduced 20,000 cardboard fans, representing the regular (season) ticket holders, who all uploaded their picture. A nice touch is they will be receiving their personal cardboard once the stadium-life returns to normal, or at least the new normal. 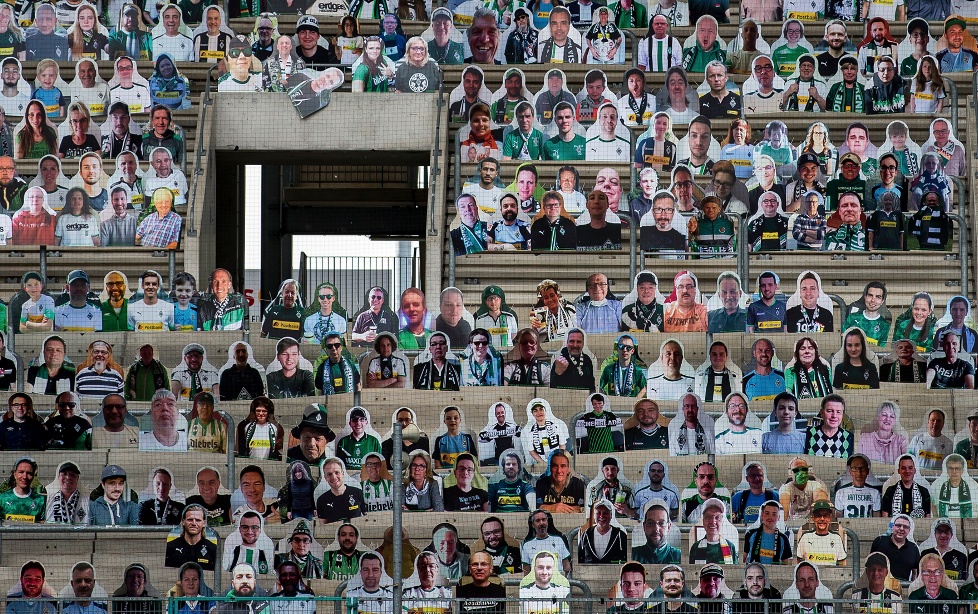 Go to the full overview

Experiences from Mönchengladbach regarding matches behind closed doors

Next week, on Thursday June 18th, Borussia Mönchengladbach will share some experiences in matches behind closed doors.  What is the situation exactly one month after the restart? How do matches take place, what measures are there in general? And how are they being put to practice?

And what about fan experience: is there some kind of live stream? Do fans stay away from the surrounding of the stadium? Is there more online activity before, during or after the matches?

Register now and join us on Thursday June 18th, 11 AM CET!