For a year and a half, sports stadiums were unable to receive fans due to the COVID-19 pandemic. Our corporate partner KPMG Football Benchmark assessed the impact of the coronavirus on sports stadiums. The figures speak for themselves.

Compared to the 18/19 season, the number of home games with fans in the 19/20 season in the big 5 leagues fell by 27%. This has directly led to a significant drop in matchday revenues by a total of around EUR 500 million, leaving a combined total revenue of EUR 1.9 billion. The Bundesliga, the league with the highest average attendance in the world, was hit hardest in absolute terms, with the league losing an estimated total of EUR 157 million on an annual basis. The Ligue 1, on the other hand, lost the least in absolute terms, EUR 48 million, due to its relatively low average number of spectators. 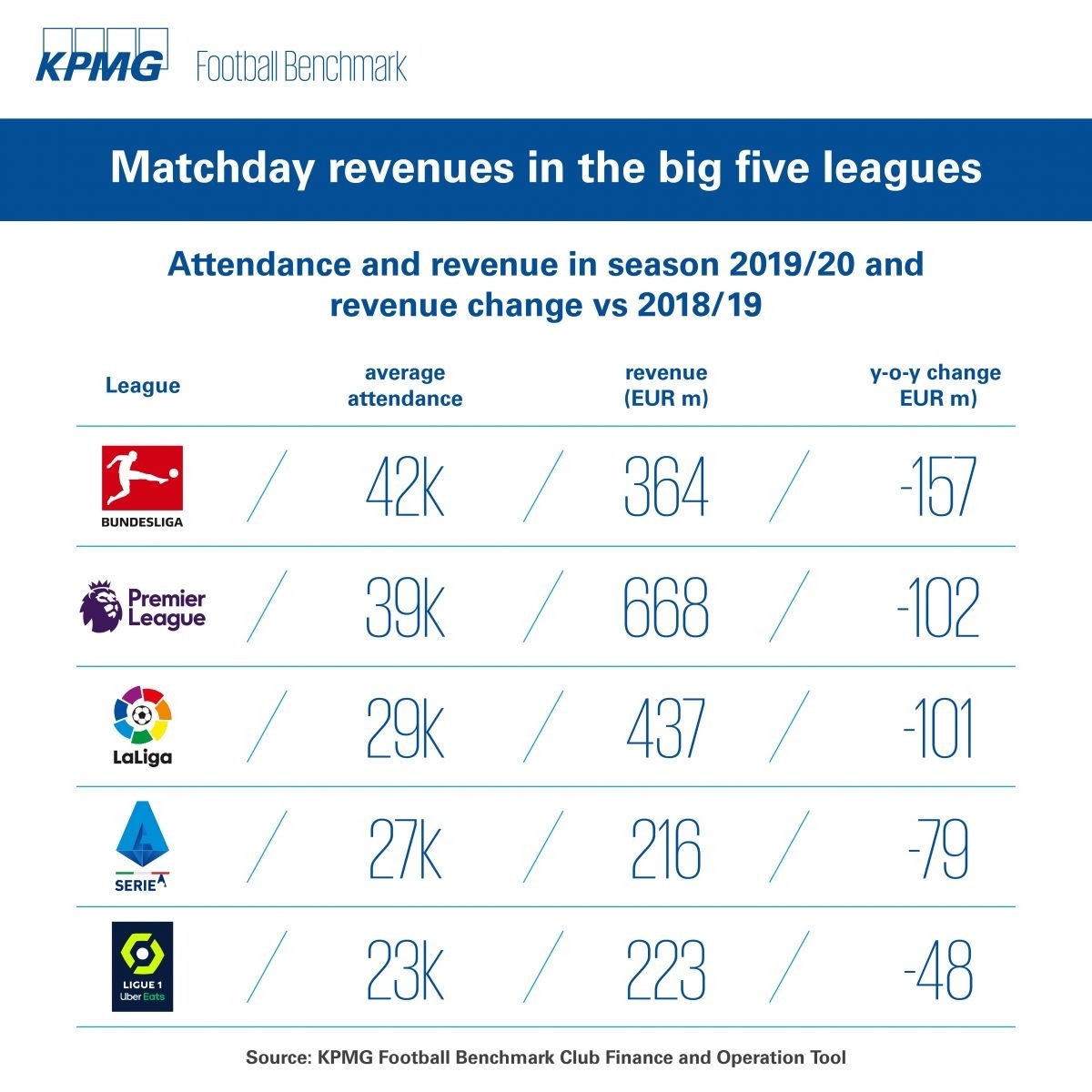 At club level, FC Barcelona and Real Madrid suffered the most with a drop of respectively EUR 39 million and EUR 35 million in their matchday revenues. “Camp Nou and Estadio Santiago Bernabéu were very popular tourist attractions in Spain and had a very high average number of visitors before COVID affected the world,” explains Antonio Di Cianni, Sports Advisory Manager at KPMG Football Benchmark.

The effects of the pandemic were also felt in the 2020/21 season. While the previous season was only partially completed without fans, the most recently finished one was played in empty stadiums. It is expected that the clubs from the big five leagues will get little or no revenue from this source in 2020/2021. According to KPMG, together they potentially missed out on more than EUR 2 billion in matchday revenues.

View all news
23May

Citymesh joins the ESSMA-community!  We are happy to inform you that Citymesh is now part of our broad stadium-industry community. Citymesh delivers state-of-the-art connectivity and has over fifteen …
16May

Catch up on the latest industry updates!