Yesterday, ESSMA kicked off the second ESSMA Spotlight edition with a Venue Services session. During the session, we learned more about SBV Excelsior’s unique stadium project and current trends in MLS stadiums.

Unlike many other clubs, SBV Excelsior wants to build a small and compact stadium, upgrading from 4,500 to 7,000 seats. In addition, the stadium plans are quite unique: it will be a multifunctional real estate development. With more than 500 apartments built on top of the stadium, the club wants to generate more income through the rental of these apartments according to Marco Hoogerbrugge - Project Manager at SBV Excelsior.

"By adding 45,000 m² of housing to the stadium, we want to be financially stronger and less dependent on the performance of our football team." 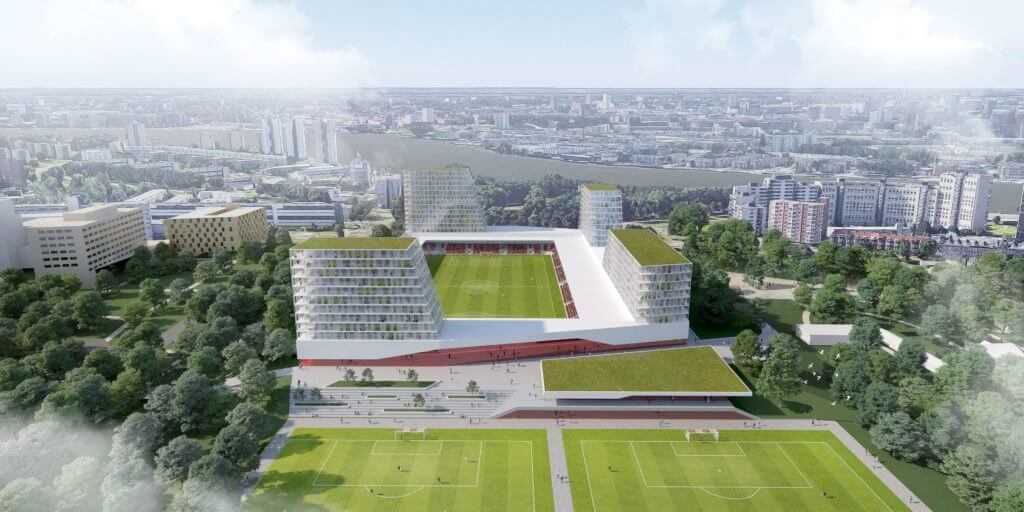 Brent Delgado - Vice President of Operations at MLS - shared with us four trends he currently sees in the development of Major League Soccer stadiums. This is what we learned:

Join us for our Pitch Services session later today at 2PM CEST!

This afternoon we will be joined by Geoff Webb, Jason Booth and Daniel Bradley from The Grounds Management Association as well as John Ledwidge - Head of Sports Turf & Grounds at Leicester City FC - to learn more about pitch data, daily training centre maintenance, the impact of climate change and more!

Check out the latest news from the industry
15Sep

Discover the most exciting Stadium Industry Updates from the end of August!
22Aug

Don't miss out on our second to last Stadium industry Update of August!
15Aug

Find out the latest updates from the industry!
09Aug