ESSMA interviewed Mr. Dirk Floer, part of the organization and stadium management team, regarding the plans and ambitions for the Benteler Arena. The main objective is to increase seating capacity and extend the hospitality offerings for VIP’s.

ESSMA: What will happen during that first phase of construction?

DF: In the first phase of construction, an additional VIP grandstand for 350 spectators will be installed as an upper tier on the west side. During these construction works, a fourth floor will be built on top of the building, which will create high-quality VIP seats and business boxes.

The prefabricated components for the upper tier will be installed between February 16 and March 6. Afterwards, the expansion of the new VIP room and further work on the new grandstand will take place. The opening of this area for 350 VIP guests is planned for the beginning of the 2020/21 season.

To be able to meet the high demand for VIP seats until then, we have currently installed a VIP tent for 350 people, just outside of the stadium. After completion of the fourth floor, our stadium facilities for VIPs will be better equipped to meet the demand and we will be able to dismantle our current VIP tent. 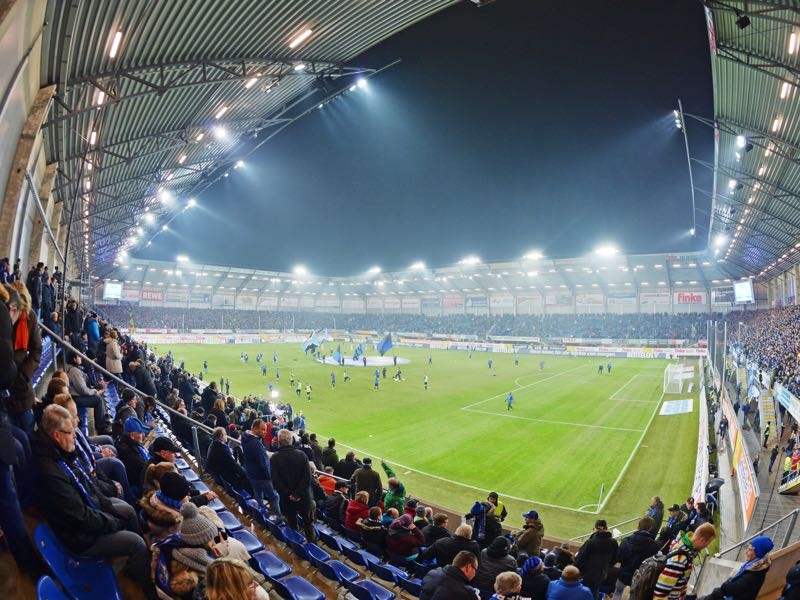 DF: The second phase of construction results from the high demand for seats in the public sector. There is also a requirement in the Bundesliga that at least 8,000 seats must be available. As the Benteler-Arena currently only has 5,800 seats, expansion is necessary to meet the license terms in the Bundesliga.

During this phase, a new upper tier will be constructed around the stadium with up to 2,350 additional seats for the general public. Fans will be able to reach these new seats via stairwells that will be built outside the stadium. This expansion will be carried out during ongoing game operations in the 2020/21 season.

It is currently still being checked how high the final capacity of the stadium will be after the expansion has finished, with a maximum set at 17,700.

ESSMA: How will these construction works influence the fan experience on matchdays?

DF: In general, it is expected that construction works won’t have to much of an influence on the matchday experience. However, in the last row of the lower ranks, the view will be obstructed, as pillars will be erected to allow the construction of the new upper tier.