Ekstraklasa's restart and impact on crowd management - insights from our webinar

In Poland, football matches have a very important social and economic role. As a result, experts from the football and stadium industry have been working on plans for the re-opening since April.

On June 19th, fans could finally be welcomed again at the stadium. Government regulations made it possible for 25% of fans to attend the matches.

This attendance comes with many obligations, such as a mouth mask, a social distance of 2m, and food and drinks can only be purchased with an in-seat delivery included.

The main take-aways for them so far are:

1) Keep fans respecting their seat number during the entire match

At the start of the game, fans easily find and respect their seat number as printed on the ticket. During the further course of the game, there were some occurrences of people coming together in the stands. The stewards took the necessary steps, but this is definitely a trend to keep an eye on.

2) Clear zoning and communication about measures are two important assets in the stadium.

They keep the necessary precautions top of mind for the fans and stewards can refer to it when addressing fans. 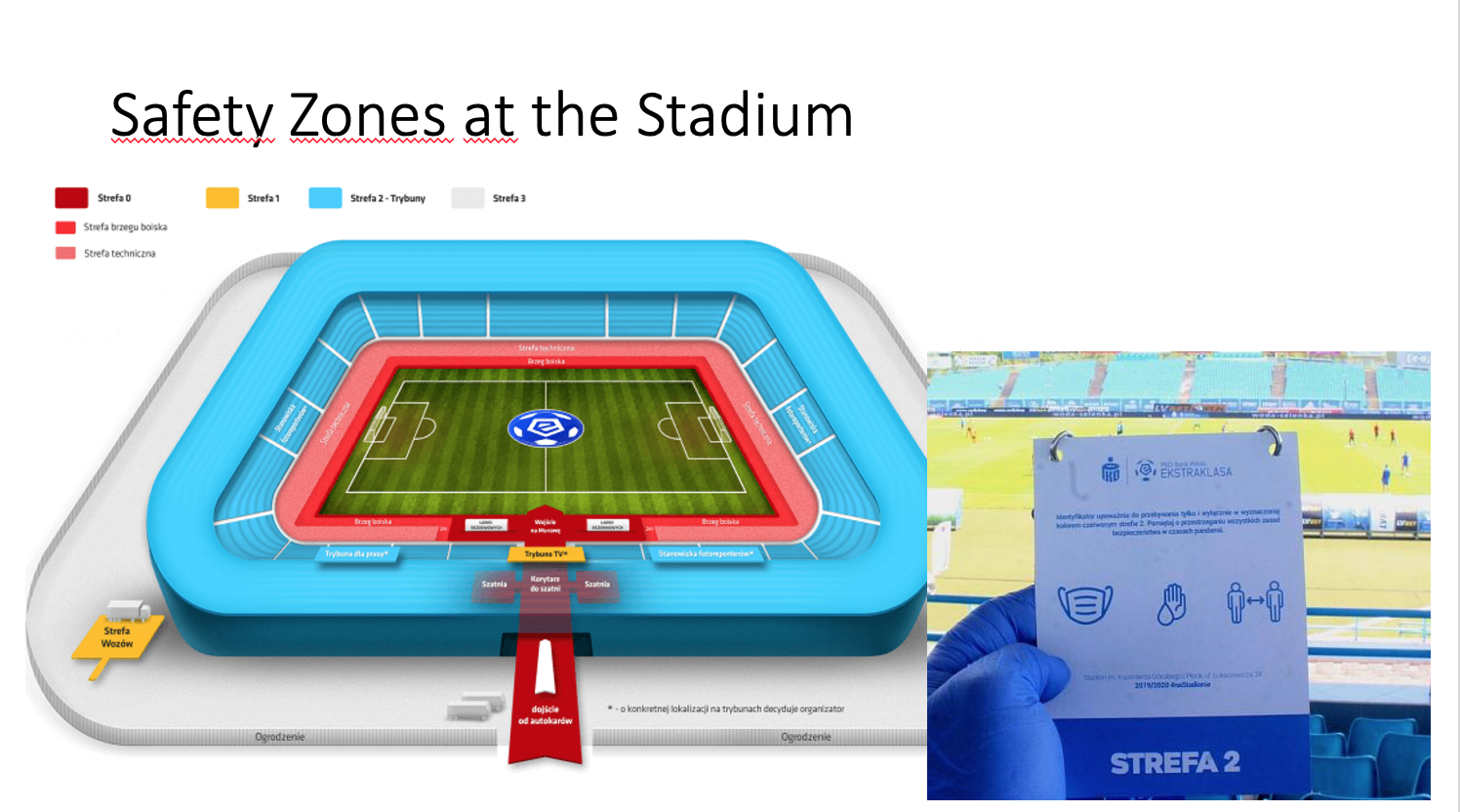 3) Balancing hygienic measures and safety inspection is a difficult exercise.

Safety inspections have been adapted, as it is impossible to maintain a 2 meter distance will performing body searches. Furthermore, mouth covers should be taken off for a visual inspection at the turnstiles.

How to manage the fans during ingress and egress with public transportation?

Off course, when fans return to the stadium, a significant part of them uses public transport. Andrea Soehnchen is an expert on crowd management in public transport. How to rebuild trust from passengers and to keep all parameters stable on public transport is quite a challenge.  One main advice from her side is not to guide fans towards the closest railway station on ingress or egress but to promote the next one. This will lead to fans spreading out organically and not arriving all at once at the stadium or at the station on the way home.

Curious to find out more? You can find the full presentation and recorded version on the ESSMA Knowledge Platform

Discover the latest news from the industry!
11Apr

Catch up on the latest indsutry updates April has to offer!
14Mar

Industry update: redevelopments and the metaverse

Catch up on the latest industry updates!
23Feb

Join the ’Initiative for the promotion of innovative technologies and services in the stadium, security, and event sector of DFL and DFB’

The DFL and DFB contacted ESSMA to share this initiative with our community full of innovational suppliers. They launched the second round of the project, supported by the "Stadium Innovations Project…
23Feb

Discover the key points of all interviews!