The emergence of sensory rooms in the UK: The Shippey Campaign

Live match experiences are a culmination of noise, light and overall excitement. An incredible experience, but often too much to handle for fans with sensory challenges. Luckily, more and more stadiums recognise the needs of fans with sensory difficulties and are offering them a way to calm down from all the external stimuli while still being able to see the match.

These specifically designed spaces are called sensory viewing rooms and they have been integrated in several UK stadiums over the past few years: Emirates Stadium, Stadium of Light, Stamford Bridge, Manchester City, Celtic and Anfield to name a few.

The emergence of these rooms isn’t just a coincidence. The trend is driven by two proud parents of three sons, which were all diagnosed with a form of autism. They were convinced there had to be a way for their sons to enjoy a match of their favorite team in the stadium, Peter Shippey (MBE) and his wife, Kate Shippey (MBE) worked with their local team Sunderland AFC to introduce the Nathan Shippey Sensory Viewing Room in the Stadium of Light. Later on, the Shippey Campaign was launched to advise other venues from the UK to Qatar on sensory inclusiveness. 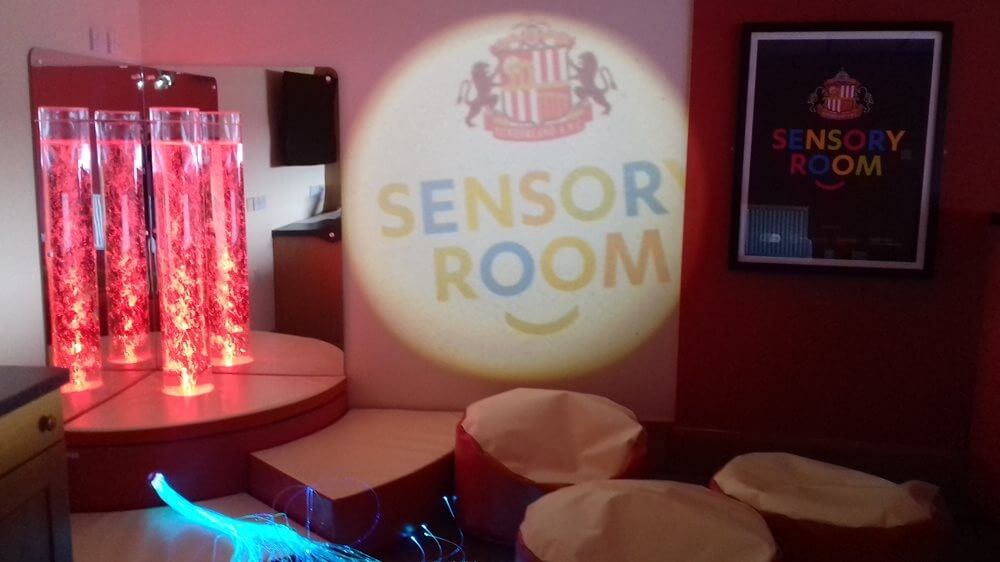 How did you come up with the idea of integrating sensory rooms in stadiums?

Peter Shippey MBE: “We first came up with the idea in 2014. We had been season ticket holders at our local team, Sunderland AFC, and our son Nathan wanted to come with us to home matches. Unfortunately, experience taught us that there were too many stimuli and even when taking precautions such as ear defenders, it just wasn’t possible for him..

Then we learned that at his school, they integrated special rooms for children to calm down when they are under too much stress. We put two and two together and thought that this might also work at the stadium.We approached the disability liaison officer at Sunderland AFC and were able to work with them to convert one of their private boxes into the first sensory room in the UK.

The “Nathan Shippey Sensory Viewing Room” opened in August 2015 and has enough space to accommodate 3 people with sensory difficulties with 1 parent or carer each.”

How did you get in touch with all the interested clubs?

Peter Shippey MBE: “Due to the success of our first room at Sunderland AFC, we were quickly approached by other clubs to support them in their journey of integrating their first sensory room. It started with Notts County FC and not long after BT Sports, The Lord’s Taverners and the Premier League followed.

In October 2016, the Premier League made a £5,000 grant available for its clubs to put in a sensory room, while we would support the process with our experience and expertise. Watford FC were the first ones that used the grant and converted a large space in the corner of the stadium. From there on, we were approached by several UK clubs to help them to make their venues more sensory inclusive.”

“Every initiative is a step in the right direction.”

Is there any sort of reservation system that prevents the sensory rooms from being overbooked?

Peter Shippey MBE: “It is up to the club itself to see how they want to work with that. In general people would have to buy a dedicated ticket which allows them to access the sensory room, they might have to present some paperwork to prove their sensory difficulties. That way they can prevent the room from being overused.” 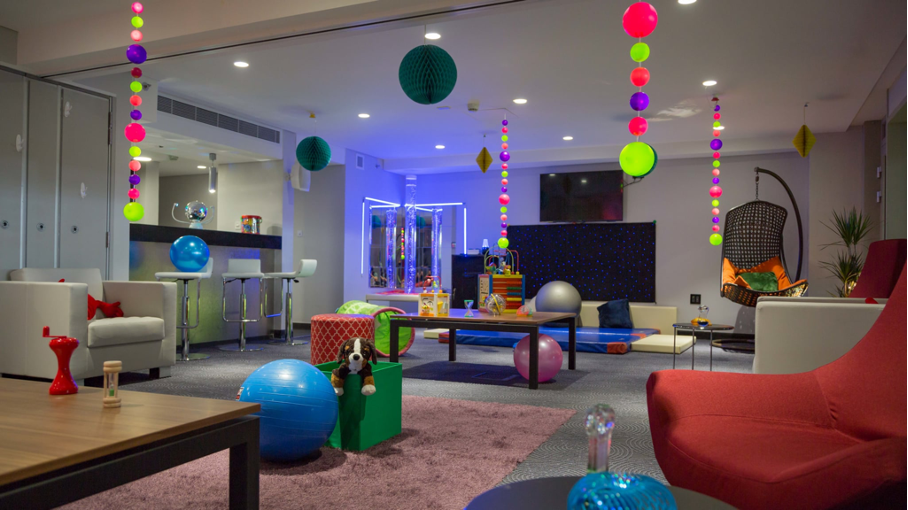 What is the investment needed from clubs to integrate a sensory room?

Peter Shippey MBE: “The investment cost is quite low as our advice is for free. The club needs an empty room which can be converted into a sensory room as well as some additional equipment such as beanbags and soothing materials. The largest cost might be the missed revenue generated from the potential hospitality box.”

What has been the feedback you have received so far from clubs and fans?

Peter Shippey MBE: “Overwhelmingly positive so far! It has been great for the clubs and for fans that never thought they would be able to see a live match. The feedback from some parents has been quite emotional.”

Interested to learn more about implementing a sensory room?

More and more stadium projects, whether they are redevelopments or new constructions, are including an urban redevelopment of the surrounding area in their plans. At SBV Excelsior, they are going even…
03Feb

English League One football club Peterborough United is planning to construct a brand-new stadium as part of the city’s development of the Embankment area.
28Jan

In ESSMA's fourth 2020 issue of ESSMA’s Stadium Development Report you gain insights into the projects of SBV Excelsior and LASK Linz, an expert panel on stadium operations software, the COVID-19 dela…
21Jan

The first edition of the online event was a success with more than 200 members participating!
13Jan

Besides the in-depth content shared during the keynote panel discussion, several seminar tracks and the mastermind session on sustainability, the main focus of ESSMA Spotlight is networking with your …