Since the end of April, ESSMA organised a bi-weekly webinar to keep in touch with its members during these uncertain months. The webinars have covered a range of topics from the impact of COVID-19 on matchday operations to the stadium development projects of Everton FC and Liverpool FC. Discover the top 3 highlights of each webinar:

Webinar I: Tackling COVID-19 at Juventus with Francesco Gianello

1. Keep the numbers low on matches behind closed doors

The match behind closed doors against Inter Milan on March 8th generated two key takeaways. First of all, it is important to keep the numbers as low as possible and be strict. Juventus limited the number to 300 and divided the essential staff into 3 groups (maintenance & broadcasting, media, football teams). The second learning is to optimise the flow of those groups within the stadium and avoid them crossing each other at all times.

Technology is vital to tackle COVID-19. Juventus played one match behind closed doors in the beginning of March. At that time, they were already taking temperatures of entire staff present, a necessary governmental precaution to play the match. As re-opening will not be realistic without hygienic technology, Juventus is now analysing the possibility of metal detectors with integrated thermometers and several types of camera systems.

3. Plan the road towards re-opening

Although there is no clear re-opening date set, it is important to plan the way towards re-opening. Juventus is preparing protocols and road books, working up to DAY ZERO. In that way, the club is prepared whenever the government authorises matches again.

Webinar II: How to build the best fan zone with best practices from SL Benfica and Brøndby IF

1. Discuss the composition of the fan zone with stakeholders

Get a broad discussion going with your fans, marketing department, sponsors, or local food truck owners. This early involvement will lead to more a larger support and success of the fan zone, once it is opened.

2. Do think about the furniture!

One of the first things both SL Benfica and Brøndby If had to adjust after opening was the number of tables and seats. Fans were uncomfortable without enough place to consume their purchase from the food trucks. Luckily, this issue was quickly resolved in both cases. 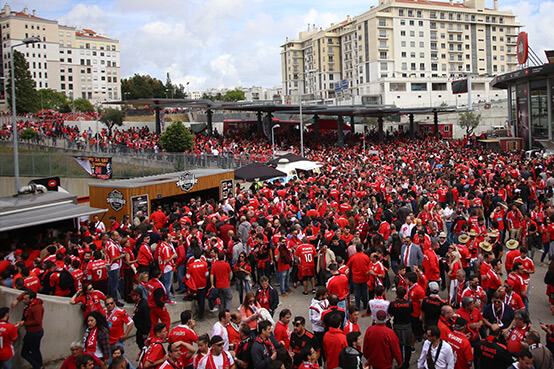 Today, most fan zones are only used on matchdays. SL Benfica has experimented with a “kids day” in the fan zone and has the fan zone participate in a local food festival. Brøndby IF has opened their fan zone for a few local summer events. Good results were obtained, and it is absolutely a scenario worth further elaborating on in the future.

Webinar III: How to turn matchday staff into club ambassadors at Fiserv Forum

1. Develop a clear programme to be executed by a carefully selected staff
One of the most important learnings was that there can be no misunderstanding regarding the goal and intention of the programme. Every matchday staff member receives an elaborate service training at Fiserv Forum, and the values are being repeated numerously. Furthermore, they targeted the recruitment selection to persons with a daytime, service-oriented job such as teachers, airline workers and hosts at restaurants. As there is a war for talent in venues, they have made the rewards quickly accessible and of escalating quality to convince the desired matchday staff members.

2. The devil is in the detail - wording is essential
How you speak to fans on matchday is of vital importance to their experience. Therefore, wording is key in the service programme of Fiserv Forum. They have selected and included keywords in the training to use in interaction with the visitors. For instance, a thank you is never answered with the standard "no problem", but with "with our pleasure" to indicate the willingness to help. It's the small things that help in building the desired perception.

3. The STAGE service programme makes staff go the extra mile
The STAGE programme is focused on delivering the friendliest staff in the stadium business. In order to do that, rewards are being handed out quickly and can be saved for prices of escalating quality. The majority of the chosen prices are experiences, like a photo of the staff member on the court. You can earn a point by being kind like extensively helping a (disabled) fan, by being evaluated excellent by secret shoppers or, by good performance reviews of the supervisor or peers. There are several ways to gather tokens to trade in for an experience. The employee of the year even gets to travel with the players to an away game.

1. Diversity in audience increases at a rapid speed

More and more people from all sorts of backgrounds start to see hospitality packages as a good way to experience the match. This must be taken into account when designing new offerings. Prayer rooms are for instance something that is scheduled in the new stand at Anfield Road, to accommodate visitors in the hospitality areas.

2. Hospitality lounges are increasing their non-matchday use

About 10 years ago, sports venues began to turn towards multi-usage with concerts of famous artists and organising non-football related events. This trend is ever increasing and now extends towards hospitality lounges. Both Everton FC and Liverpool FC are creating new ways of how these areas can be put to use on non-matchdays.

When considering extending the hospitality lounges, research towards the interest of fans is essential. Both clubs are in the position of a large latent demand, which makes it possible to significantly broaden the space in the stands for hospitality offerings. Nevertheless, they researched the extent of the demand to be sure not to overshoot.

Learn more about the impact of hospitality

1. Optimise the usage of digital tools

Borussia Mönchengladbach expanded their existing stadium app to guarantee that all stakeholders have the most up-to-date information during these special matchdays. This upgrade and incorporation of new information proves to be a huge asset, with high user friendliness for the stewards and other match day staff.

Borussia-Park has been divided into 3 zones: the first zone consists of the pitch, dressing rooms and tunnels. The second zone holds the control rooms, terraces and media stand. The third zone is the largest outer surrounding, consisting out of terraces and the TV compound. The key is to have a clear overview of all attendees and a strict policy. If someone wants to enter a zone, he should either be accredited for that zone or someone else has to leave the zone. There can be no surplus on the allowed numbers.

3. Listen to the wishes of all fans

Not all supporters are excited about the matches behind closed doors. Although 23,000 fans send in their picture to generate a cardboard of themselves in the stadium, there are others who don't appreciate matches without their presence. Of course, regulations can't be bend but one can keep the feedback into account, for instance by not using fake stadium noises. 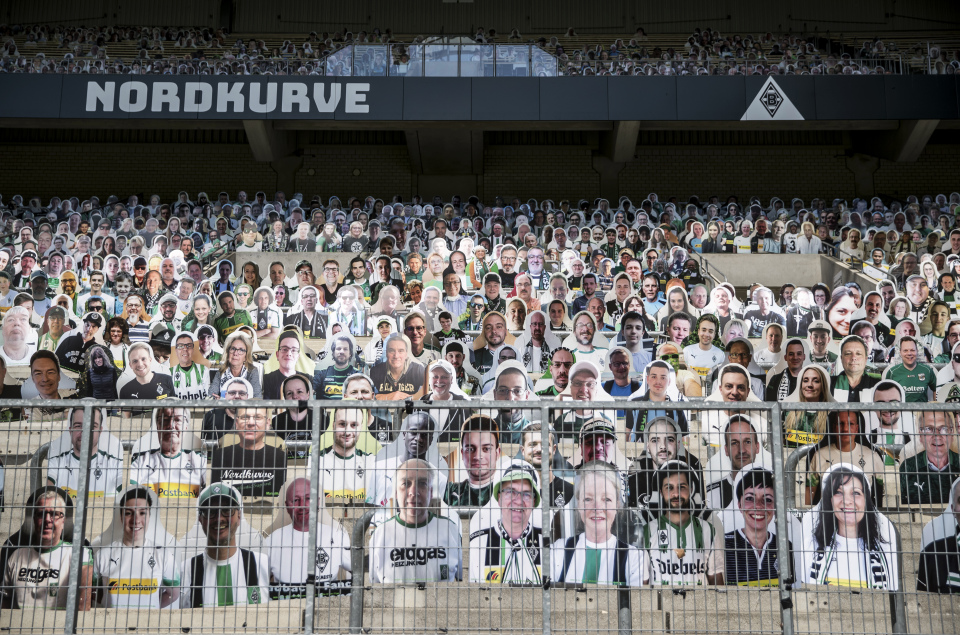 1. Keep fans respecting their seat number during the entire match

At the start of the game, fans easily find and respect their seat number as printed on the ticket. During the further course of the game, there were some occurrences of people coming together in the stands. The stewards took the necessary steps, but this is definitely a trend to keep an eye on.

2. Clear zoning and communication about measures are two important assets in the stadium

They keep the necessary precautions top of mind for the fans and stewards can refer to it when addressing fans.

3. Balancing hygienic measures and safety inspection is a difficult exercise

Safety inspections have been adapted, as it is impossible to maintain a 2 meter distance will performing body searches. Furthermore, mouth covers should be taken off for a visual inspection at the turnstiles.

Learn more about the restart in Ekstraklasa

View all news
16May

Catch up on the latest indsutry updates April has to offer!
04Apr

Catch up on the latest industry updates!
01Apr

We are pleased to announce the global player in the event industry joins the ESSMA community!