Discover the key points of all interviews!

On 22 February our e-Workshop on NFT’s and blockchain technology took place. Together with Mr. Manu Leroy (RBFA), Mr. Nick Verheyen (Fortuna Sittard) and Mr. Luca Baldanza (AC Milan) we discovered lots of possibilities and challenges in the use of these innovations. You can watch the full e-Workshop here!

The RBFA was the first federation of which the players of both the national team and the league-teams were available as digital collectibles on Sorare. They remain interested in the possibilities of new technologies and will likely continue to cautiously investigate other potential uses of blockchain technology.

“We have been looking at several new possibilities on the market. There’s the possibility of fan tokens for example. We looked at it, but ultimately decided not to do it due to our own ethical perspective.

To buy fan tokens, fans must first buy crypto coins, which are known for volatility, and we don’t want our fans to lose money over something our name has been attached to.

But we could see other uses of blockchain technology being integrated in the future. Blockchain ticketing or digital sports memorabilia for example.

But whatever we would do in the future we always want it to be sustainable and add value for our fans.” 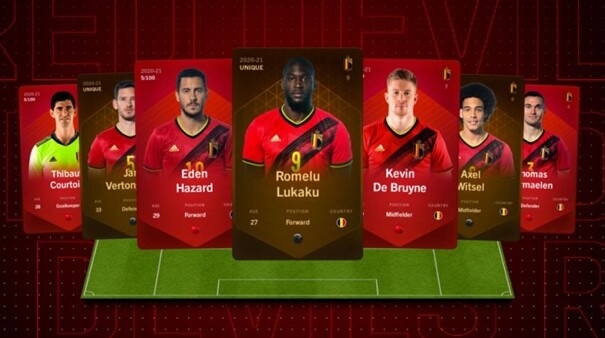 Fan Tokens: a good way to engage with loyal supporters

Fortuna Sittard, the first Dutch team to introduce fan tokens, explained how the innovation helped them to engage with their fans.

“Not only was the Fan token a success revenue wise, it was sold out in less than 3 hours, but it also helped to stimulate fans to be more engaged with the club. During the launch, 100.000 coins were made available for purchase with a maximum of 10 coins per fan, meaning that we reached more than 10.000 fans through this launch!”

Launching your own NFT or fan token? Advice from a pioneer

“If you want to start with fan tokens, search for the right partner to create a good fit with your club. The pre-screening for legitimate partners is crucial. The most important thing is that you should create added value for your community and keep interacting with your fans. In that way these innovations can bring added value to your clubs’ entire ecosystem.”

The Orange Vélodrome: the hosting venue of the Summit 2022

Discover some fun facts about this legendary stadium!
03Mar

ESSMA would like to inform you about the opportunity to host the 9th edition of the ESSMA Summit in 2023.
23Feb

ESSMA Safety & Security workshop: Join us in Munich on 29 and 30 March

Find out some interesting facts about FC Bayern München!
11Feb

Register for the Safety & Security Workshop to discover the Allianz Arena yourself!
08Feb

ESSMA Safety & Security Workshop: Join us in the Allianz Arena on 29 & 30 March!

Find out all the information about our first live event of 2022!
26Nov

Over the past years, clubs have been working on digital engagement with their fans. The COVID-19 pandemic accelerated this trend even more. The various online initiatives and brand building have been …
21Oct

Once again, this stadium partner returns as sponsor of the ESSMA Summit