ESSMA interviewed both Piotr Bielecki, Deputy Competition Director at Ekstraklasa, and Krzysztof Szumowski, Operations Manager at Legia Warsaw, to learn more about Ekstraklasa’s restart and its new guideline which allows for a limited amount of fans to attend the matches (with a maximum stadium capacity of 25%).

The competition has restarted on 29 May. Which preparations have taken place to ensure a safe continuing of the competition?

Piotr: Before the restart of the season every club prepared the list of players, coaches and club staff (approximately 50 people per club) who started a 14)day sporting isolation. After this period the first session of COVID-19 tests were conducted and the clubs were allowed to start trainings, first in smaller groups than in full squad. Before resuming the competition the second session of COVID-19 tests took place. In both sessions we had zero positive results among football players.

In addition, Ekstraklasa composed protocols how to prepare matches during the pandemic period. It included topics such as organization, marketing, media and TV guidelines. The Medical Commission of Football Association created medical protocol and oversaw the procedure of testing for COVID-19.

What are the most important guidelines for clubs to follow?

Piotr: The most important regulation created by Ekstraklasa was to divide football stadium in three zones. Zone 0 (zero) can only be approached by football players, coaches and staff which is necessary to operate the game. Zone 1 (one) can only be approached by Ekstraklasa Livepark company, which is the TV signal producer of Ekstraklasa matches. All people who have access to zone 0 and 1 were put in sporting isolation and tested for COVID-19. In zone 2 is the place for limited number of journalists, photographers, stewards, medical staff and other club staff and representatives.

All people who have access to zone 0 and 1 were put in sporting isolation and tested for COVID-19.

Your first home match took place on 10 June, how many matchday staff were allowed in the stadium?

Krzysztof:  Together with both teams, the media and broadcasting staff and our own club staff, there were a maximum of 150 people on the stadium perimeter. Following Ekstraklasa’s guidelines we have determined a Zone Zero, Zone One and Zone Two to divide the stadium sections.

Krzysztof: In our stadium a 25% stadium capacity amounts to around 7,500 fans in total. According to the COVID-19 regulations they have to be spread around the whole stadium, keeping a specific distance from each other.

We have two main target groups. First of all our VIP guests and sponsors and secondly our regular season ticket holders. Fans without season tickets will not be granted the opportunity to attend the match.

The most significant aspect is that our fans are eager to come back to the stadium and most of them feel safe enough to attend matches. 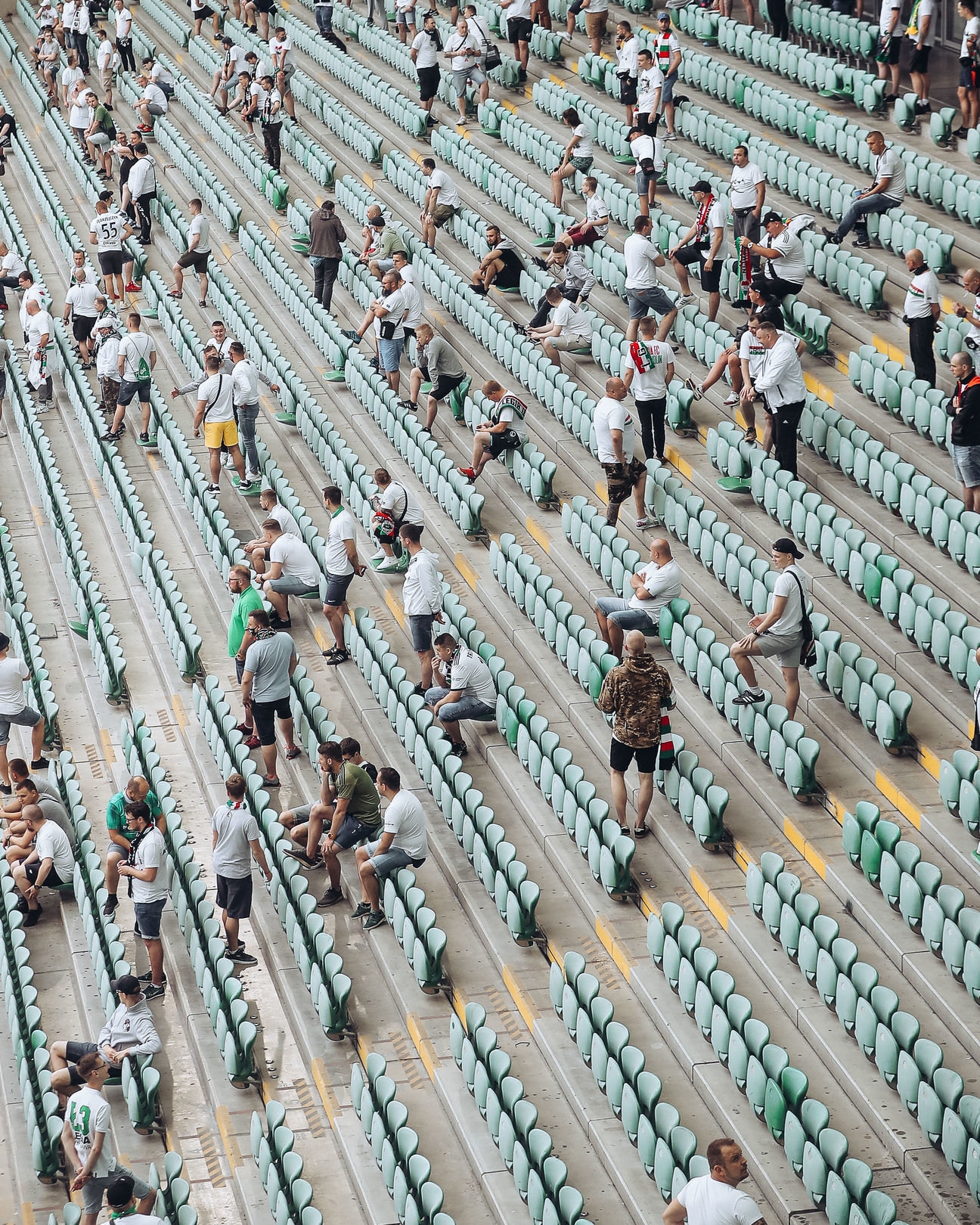 Can you share more information about the option to hear fans applauding in the background during matches via broadcasting?

Piotr: The fans of Ekstraklasa have the possibility to choose two soundtracks while watching Ekstraklasa matches. The first soundtrack is the original sound from the pitch and the second option includes fans applauding. Every “fan soundtrack” is prepared individually for each club, so they can hear their own fans.

How have you supported the clubs these past months?

Piotr: Immediately after the competition was interrupted, the Board of Ekstraklasa decided to appoint crisis staff in four areas: sports, law regulations, marketing and finance. Each working group was led by Ekstraklasa representative and every club of Ekstraklasa had the possibility to designate their representatives to every group.

Next week, Tomasz Zahorski will share more about Legia Warsaw’s journey towards the restart of the Polish competition during the ESSMA Webinar on 2 July!