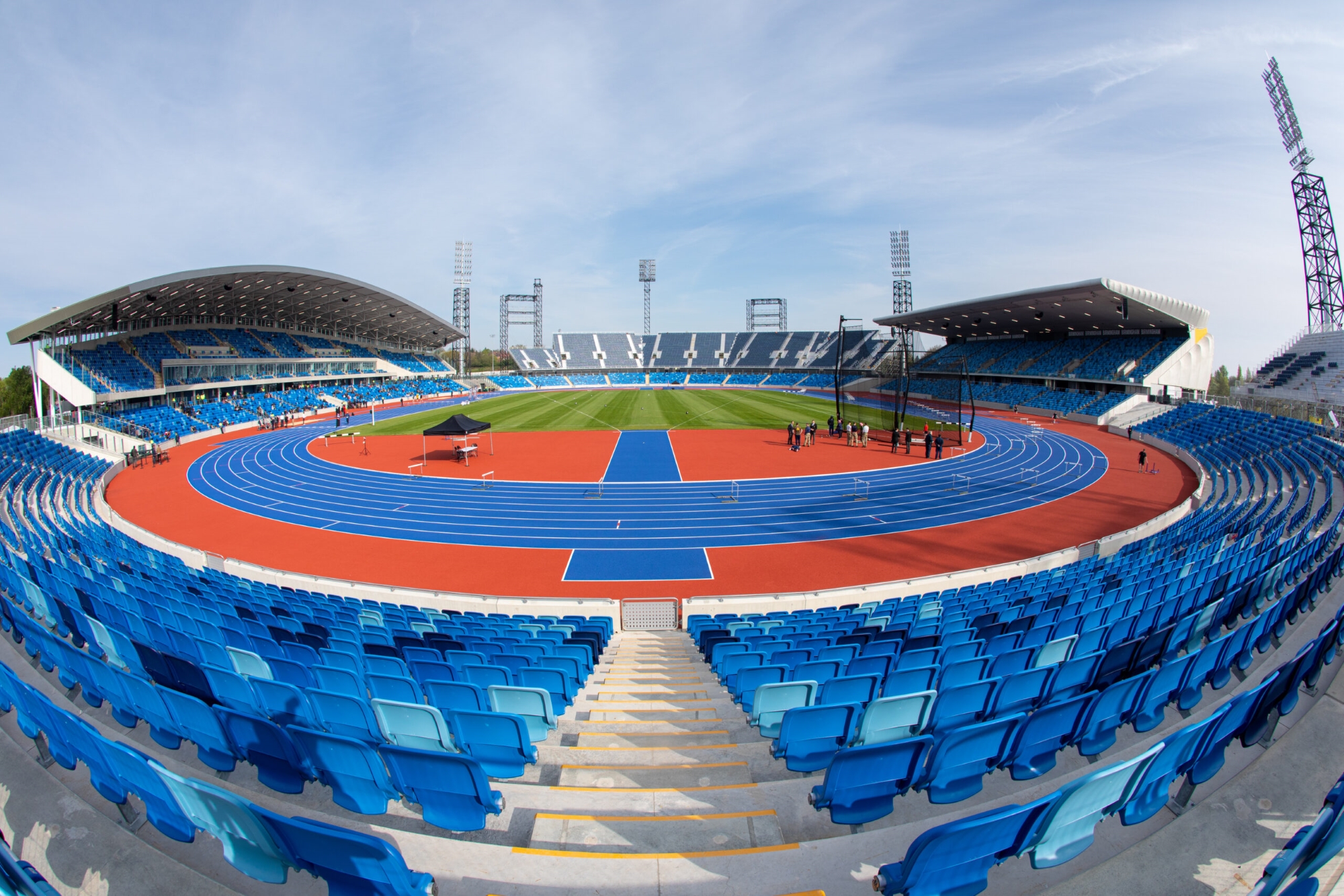 Birmingham City Council has agreed a deal for the Midlands Hurricanes rugby league team to begin playing games on the complex of Alexander Stadium, which served as the main venue for the 2022 Commonwealth Games.

The Hurricanes compete in the third-tier League One and the team will play its 2023 fixtures at Alexander Stadium, starting with a match against Cornwall on February 19.

The team will use the community pitch adjacent to the main stadium and it is hoped the deal will generate new interest in rugby league across Birmingham. 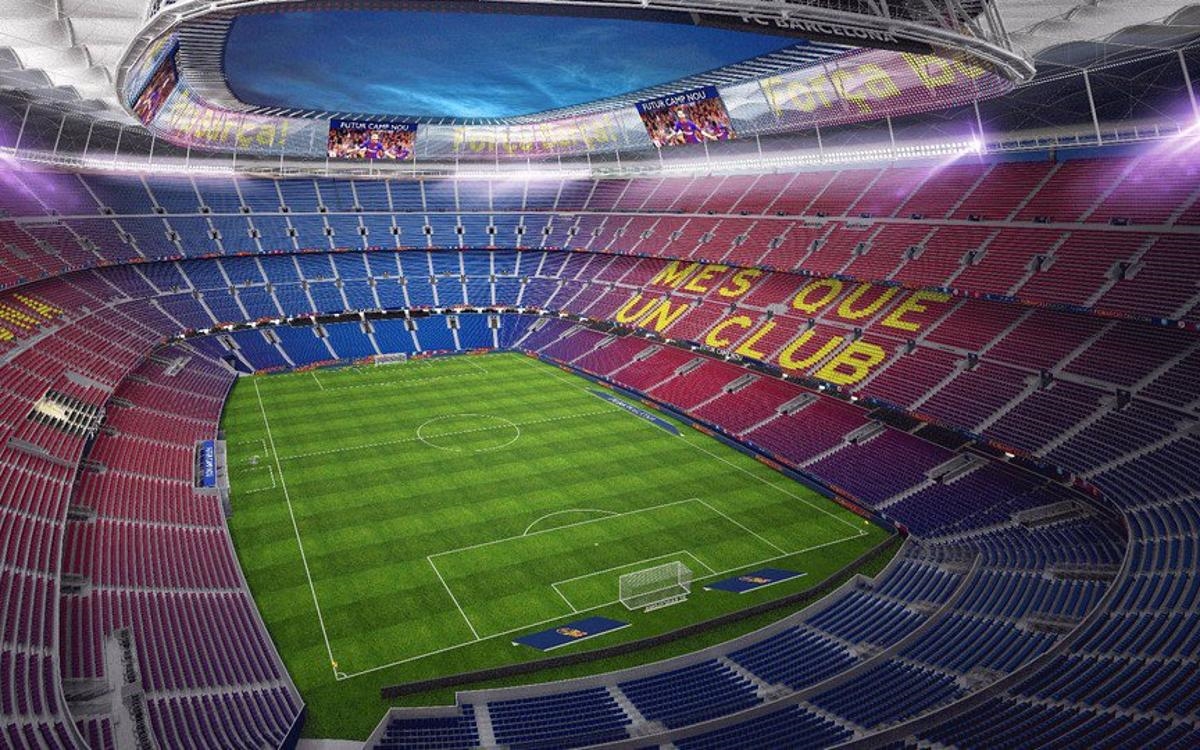 Spanish LaLiga football club FC Barcelona has appointed Turkish company Limak Construction to carry out the redevelopment of its Spotify Camp Nou stadium, with work scheduled to begin in June following the conclusion of the 2022-23 season.

Limak’s appointment was approved yesterday (Monday) during a meeting of Barcelona’s board of directors. Barcelona will spend the 2023-24 season at the Estadi Olímpic Lluís Companys while the Camp Nou undergoes major renovation work. 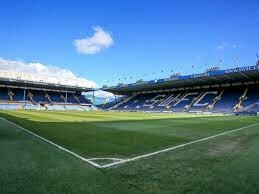 The Sports Grounds Safety Authority (SGSA) has announced a review of the scenes at Hillsborough Stadium on Saturday, following reports of overcrowding at the venue during its staging of the FA Cup third-round tie between Sheffield Wednesday and Newcastle United. The 4,500-strong away following from Premier League club Newcastle were housed in the Leppings Lane End, with multiple reports of congestion issues around the exit to the tunnel in the stand ahead of the match.

There were also reports of fans removing security screening in an effort to give themselves more room, while there have been complaints over the stewarding provision for the game.

The SGSA, which is the UK Government’s advisor on safety at sports grounds and issues licences to the 90 Premier League and English Football League (EFL) grounds, said: “We are concerned by reports of overcrowding and crushing at the FA Cup tie between Sheffield Wednesday and Newcastle United at Hillsborough Stadium on Saturday evening. 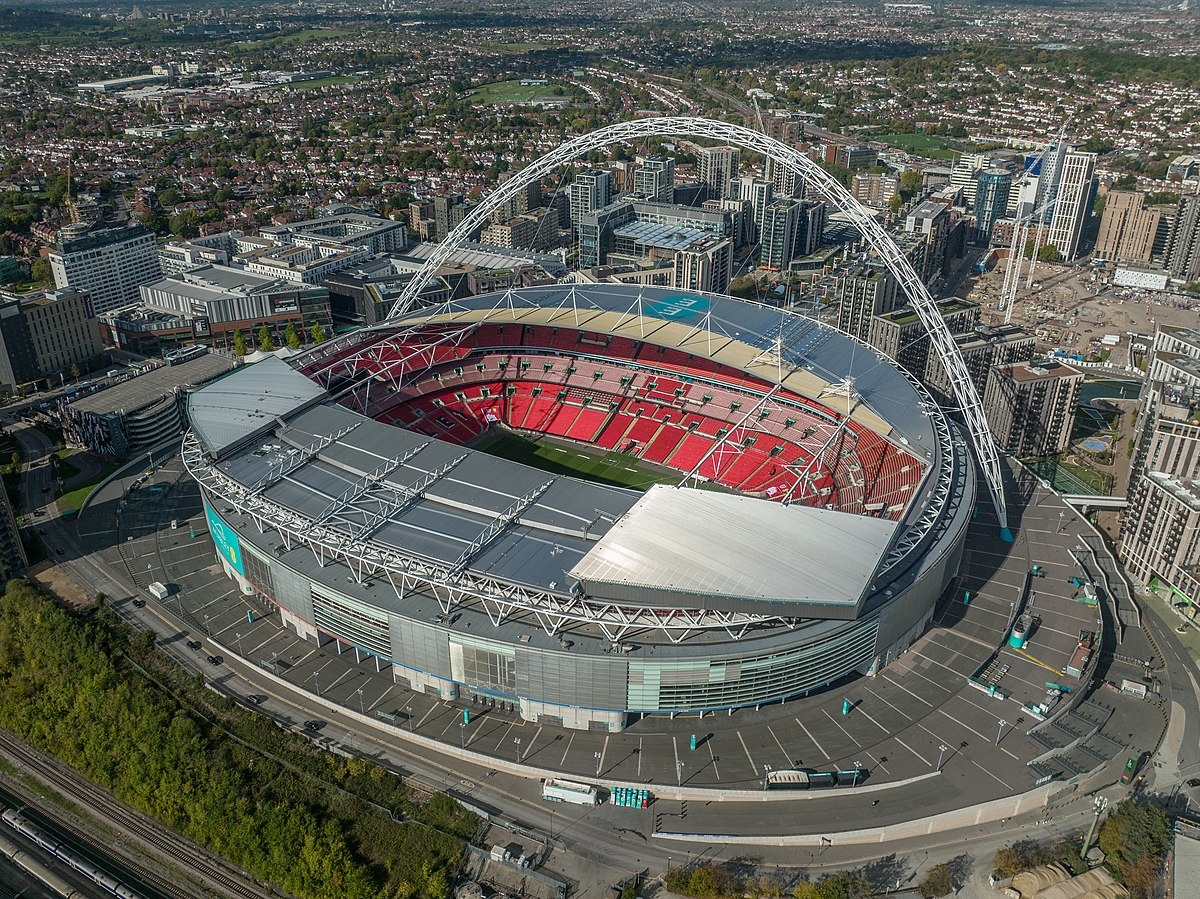 Wembley Stadium has kicked off its centenary celebrations by calling on football, sports and music fans to share their most memorable moments of the London venue.

Since it first opened its doors on April 28, 1923, the stadium has been home to some of the most historic and memorable moments of the last century.

These range from the famous white horse of the 1923 FA Cup final to Bobby Moore lifting the FIFA World Cup trophy for England in 1966, Freddie Mercury at Live Aid in 1985, and Chloe Kelly’s extra time winner for England in the UEFA Women’s Euro 2022 final.

Now, as England’s national stadium prepares to celebrate its 100th birthday, the nation is being encouraged to share in the anniversary celebrations by submitting their most memorable moments of the iconic venue online.

France’s Court of Auditors has stated its concern that the majority of venue use agreements for the 2024 Olympic and Paralympic Games in Paris have yet to be agreed, highlighting the Stade de France as a prime example.

A report submitted to the French government makes 15 recommendations in total for organisers. According to French newspaper Le Monde, it states that “only 11 of the 80 user agreements planned had been signed” at the start of November 2022. The Court has called for these agreements to be signed in early 2023, highlighting “an operational risk and a financial risk”.

The Stade de France is scheduled to become the de-facto Olympic Stadium for the Games, hosting athletics and rugby sevens competitions during the Olympics and Para athletics for the Paralympics.

Premier League football club Arsenal has unveiled eight new pieces of art for the exterior of Emirates Stadium as part of plans to redefine the venue as a “cultural landmark”.

Arsenal has worked with artists Jeremy Deller and Reuben Dangoor, as well as graphic designer David Rudnick, on the design process, with consultations beginning in April 2022.

The art has been designed to reflect Arsenal’s heritage, culture and community values, with each piece focusing on a different theme. More than 100 supporters, Arsenal legends and their families, as well as club staff, contributed to the project. 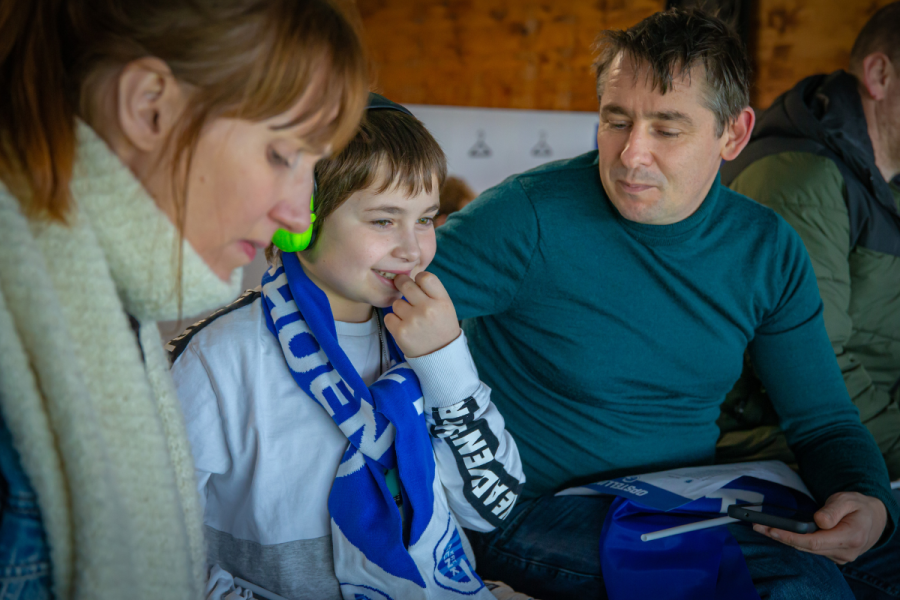 Pro League club KRC Genk has furthered its claim of offering the most inclusive football stadium experience in Belgium by opening the first sensory room at a domestic venue.

‘Tribune G’ debuted at the Cegeka Arena for Sunday’s 3-1 win over Club Brugge, with 31 youngsters and adults who suffer from autism or sensory conditions using the room.

“We started to get the inspiration from the English league, where Manchester City and Arsenal have already set up specific areas so that, for example, children with high sensitivity can experience the match in an adapted context,” said Niel Janssen, community coordinator at KRC Genk.

“We are now also introducing that concept in our stadium and therefore also in our competition. On the fourth floor of our main building, we use a grandstand section behind glass to allow people to watch the match in appropriate circumstances without any stimuli. 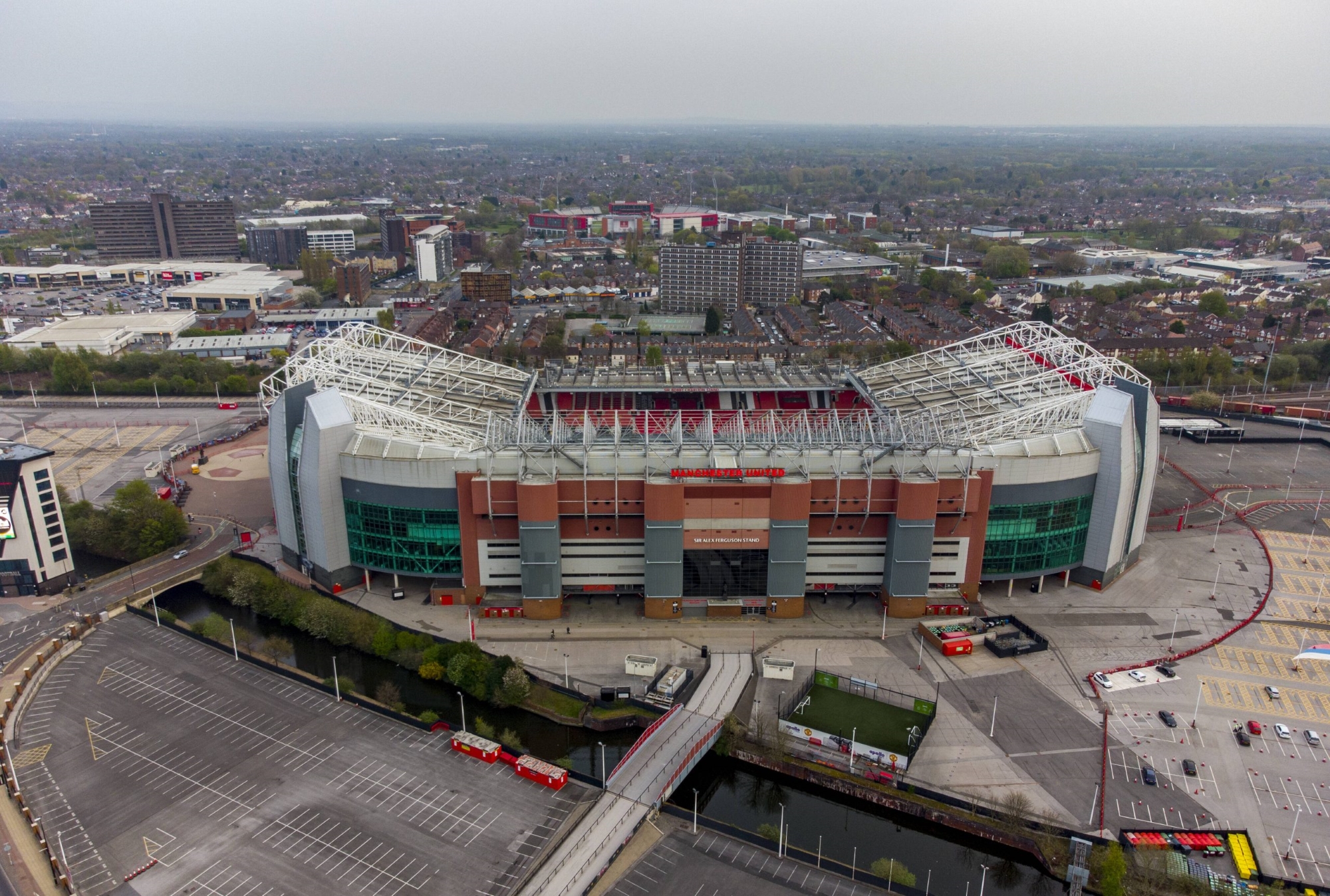 The demolition of Old Trafford and building of a brand-new home venue is reportedly one of the options that has been presented to Manchester United by the businesses charged with leading its future stadium plans. Legends International and Populous, who were appointed to run the project last year, have now presented their proposals to officials at the English Premier League club, according to the Daily Mail.

While progress is currently on hold until the club's ownership is resolved, the suggestions presented included various plans to refurbish and expand Old Trafford as well as the construction of a new home, which would most likely be built on the acres of club-owned land surrounding the stadium.

Each of the two concepts was presented with various options with regards to details such as capacity. While no final costs have been presented, the concepts give an indication of the types of finance needed. The Mail report claims a new venue would cost more than £2bn, while even refurbishment and expansion of the 74,000-capacity Old Trafford would cost upwards of £1bn. 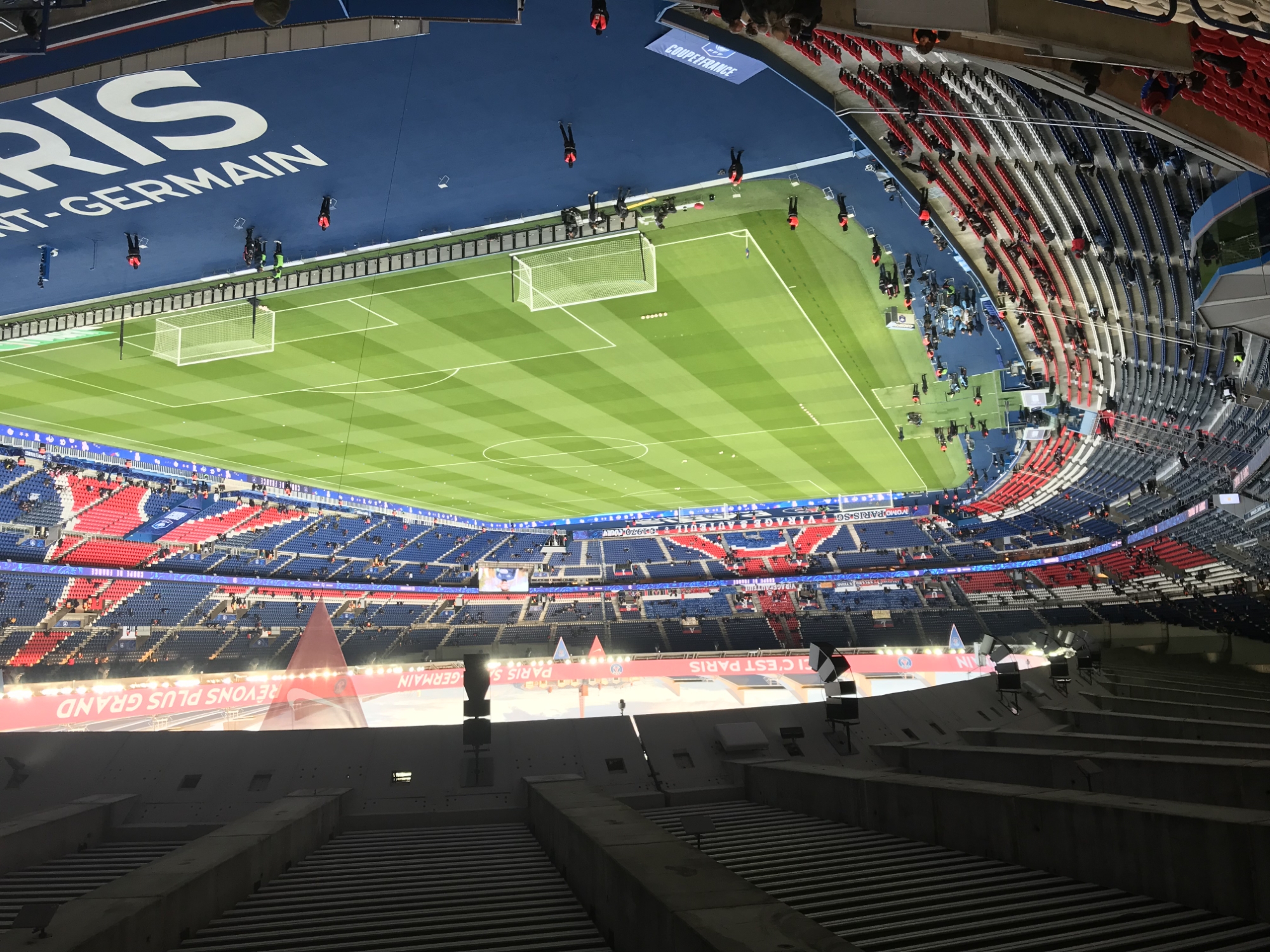 French Ligue 1 football club Paris Saint-Germain has threatened to leave the Parc des Princes after the Mayor of Paris, Anne Hidalgo, insisted that the stadium is not for sale.

PSG has played at Parc des Princes since 1974 but the club is currently restricted by its 48,000 capacity. PSG has long been exploring its options and the matter returned to the headlines in November as it emerged that the club may look to acquire the Stade de France or switch to one of two new sites in the city if it is unable to complete a deal to purchase the Parc des Princes.

Over the weekend, Hidalgo clarified the city’s stance on the matter during an interview with Le Parisien. “Very clearly, the Parc des Princes is not for sale,” she said. 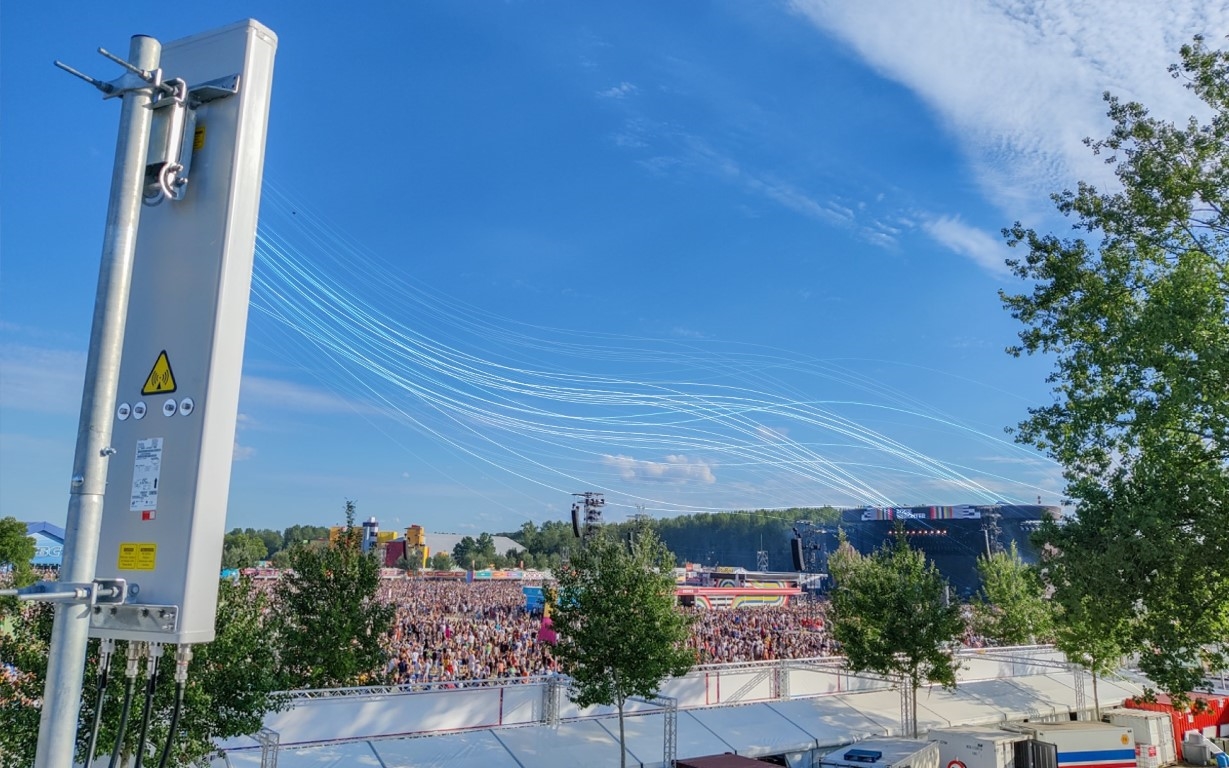 Citymesh continues to look for new opportunities and still sees a lot of growth opportunities in setting up and providing temporary networks. Think of festivals, football matches, fairs, campsites, events, construction sites, etc. The telecom player already had a lot of experience in the event sector, but now clusters their activities under the name Citymesh Flex.
“The events sector has very specific needs. Flexibility and speed are a must, there are always last minute changes and nine to five is an illusion. Bringing the commercial and the technical aspects together in a customized network solution, so that our customers get the ultimate experience. For example, making it possible that you can pay cashless at a festival, but also that the press & artists have their own WiFi networks, streaming of the shows to the outside world and connectivity for access control, organization and emergency services. We take care of that!" - Carlo Waelens, new General Manager of Citymesh Flex.

Latest partnerships and developments from the European stadium industry
10Jan